From Sam Warburton to Brian O’Driscoll, rugby has seen its fair share of terrible injuries.

Rugby has long been one of the most brutal sports around but in the modern world of camera phones and social media, never before have the scars of war been shared so openly with the public.

Here are the worst rugby injuries:

The Wales hooker’s modelling career came to a sad end in February when this happened to him during a match for Gloucester. On Twitter, he accused his opponent of trying to steal his nose!

Ever play that game with a kid, when you try to steal their nose. Well it nearly happen ☹️☹️☹️ pic.twitter.com/GkcopstpQj

Rugby league wrecking ball Tupou now plies his trade in the English Super League with Wakefield Trinity Wildcards. But during his time with Cronulla Sharks in Australian rugby league, the forward smashed his jaw during a clash with New Zealand Warriors’ star Konrad Hurrell.

Warburton has also been the victim of huge blows to the face, with this one against Leinster a particular shiner. The flanker was taken off after just 13 minutes at the Arms Park and required stitches. 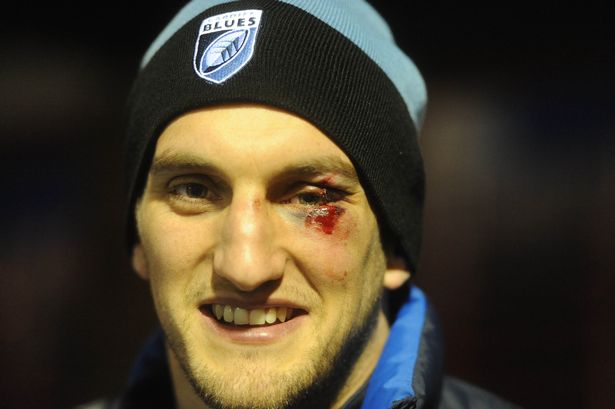