Barkley won 23 caps for England between 2001 and 2008, and such was his early reputation that he featured for England before his club debut with Bath. A graceful left-footer able to play at fly-half or inside-centre, Barkley should have been a mainstay in the England midfield after the retirement of Will Greenwood and due to Jonny Wilkinson’s injury curse.

The strange thing about Barkley is that it is hard to say where it went wrong. He is not blessed with great pace, but kicked well from the tee and out of hand, is a fine distributor and hardly a defensive weakness. He remains one of the biggest mysteries of English rugby from the 2000s.

Despite the good early promise in his career, he spent most of his time in England colours being turned upside down in the set-piece and being battered backwards in contact. He only won six caps.

The 29-year-old lock, who can also play at blindside flanker or number eight, took an unconventional route to the top and developed his craft in Australia before spending seven years at Leicester. He was desperately unlucky not to win a full cap for England during a successful period at Welford Road, where he was called up five times, that saw him become a big favourite. He’s now still rucking away down at Gloucester but was once again snubbed by Eddie Jones in favour of younger players.

Foden was highlighted early on as a talented player earmarked for England. The problem that set him back initially was what position he was going to play. Sale, his first club, regarded Foden as an international class full-back, but the man himself had a burning desire to play at scrum-half. He did win 34 caps but it could have been so much more.

Andy Goode was for many years the metronomic core of Leicester Tigers’ backline, a reliable goal-kicker and an excellent tactician. However, his international career did not take off as he would have wanted with the fly-half, winning just 17 caps, and struggling to nail down a place consistently, coming in and out of the squad on a regular basis. 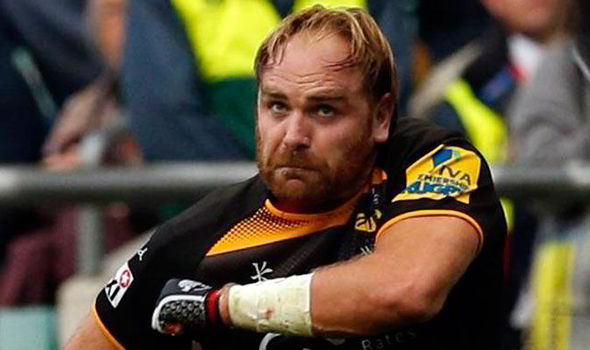