There are many countries who you wouldn’t think have a national team but do.

These nations are so comically small or have never been to the world cup that many rugby fans write them off. Here are some countries you probably haven’t heard of:

Although American Samoa is considered a part of USA, the region can boast of its own national rugby team. However, the team is currently bottom of the World Rankings. 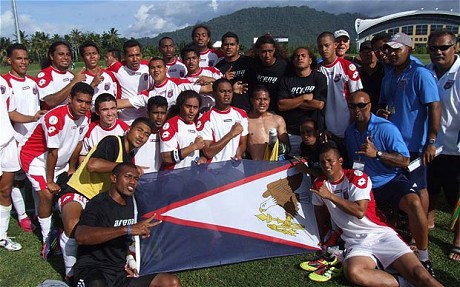 The first rugby game recorded in American Samoa was in 1924, since then the development of the game had been heavily overshadowed by the influence of American Football during the 1970s. The highest governing body of rugby in American Samoa is the American Samoa Rugby Union which was founded in 1990 and was not affiliated into the IRB until 2012.

Internationally, two American Samoans have played for the All Blacks. Frank Solomon was the first in 1932 before Jerome Kaino made his debut in 2004; going onto win back-to-back World Cups with them in 2011 and 2015.