From bizarre temporary purchases by big clubs to established international players getting experience in the lower leagues: these are the short-term signings we’ve all dismissed from memory. 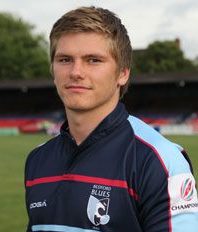 In the 2010–11 season, Farrell signed for Bedford Blues on a brief loan, scoring 11 points in four outings.

However he returned to Saracens and was pivotal in the 2010–11 Aviva Premiership Final, kicking five penalties and converting James Short’s try, ending with a personal haul of 17 points in the 22–18 victory over reigning champions Leicester Tigers.

Leicester Tigers signed Bristol prop Ellis Genge on loan until the end of the regular season in 2016.

The move was, in part, due to off-field issues, including being arrested after an away game against Ulster in 2015.

The move to Leicester was made permanent on 26 May 2016 and he has since won five England caps.

Saracens went onto win the Premiership title while London Irish were relegated for the second time in three years.