While Lions and Wales legend Jones gears up for a 17th pre-season, Evans will be on the sidelines in his first pre-season as an attack coach. 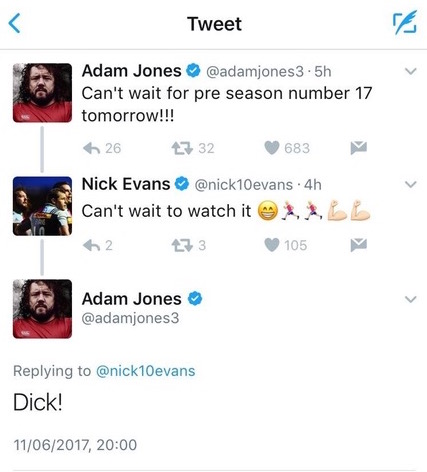 Evans won 16 caps for New Zealand and was one of the most successful overseas imports to the Premiership, winning the title with Quins in 2012.

During the past two years, Evans has coached Wimbledon RFC, guiding them to promotion to National Two last season.

FOUR England stars named in Top 20 Players In The World