The ramifications of this match are huge, with the losers destined for a quarter-final clash against a South Africa side who are now scoring for fun. Australia are without destroyer Michael Hooper, but they will still be confident of stretching their ten-match unbeaten run against Wales.

Australia have looked imperious thus far and they completely dominated England last weekend to prematurely eject the hosts from their own party.

That win installed the Wallabies as clear second favourites to lift the trophy behind New Zealand, and they will want to continue their strong momentum and avoid fellow two-time Champions South Africa in the next round.

Michael Cheika has made just three changes to the side that eliminated England. The now infamous Michael Hooper and David Pocock connection will be at just 50% capacity in this match, with Hooper serving a one-week ban, for an offence that is usually punishable with double that sentence.

Sean McMahon replaces him at number seven, with injury forcing Rob Horne out of the side to be replaced by Drew Mitchell on the left wing.

The final change sees lock Rob Simmons sit on the bench with Dean Mumm getting the nod as Cheika continues to rotate the pair.

Superstar fullback Israel Folau has also passed a late fitness test to retain his spot in the starting XV.

Warren Gatland has made six changes to the side that narrowly defeated Fiji over a week ago.

The scrum welcomes back props Samson Lee and Paul James, who have recovered from injury, with Luke Charteris slotting in at second row in place of Bradley Davies.

In the back row, Justin Tiperic is in at number seven, with Sam Warburton swapping over to blindside.

Gareth Anscombe becomes the third different starter at fullback for Wales during this Rugby World Cup, as the New Zealand-born man marks his international debut.

There is a tactical switch too, with Liam Williams returning to the wing and George North starting at outside centre for just the third time in his Test career. 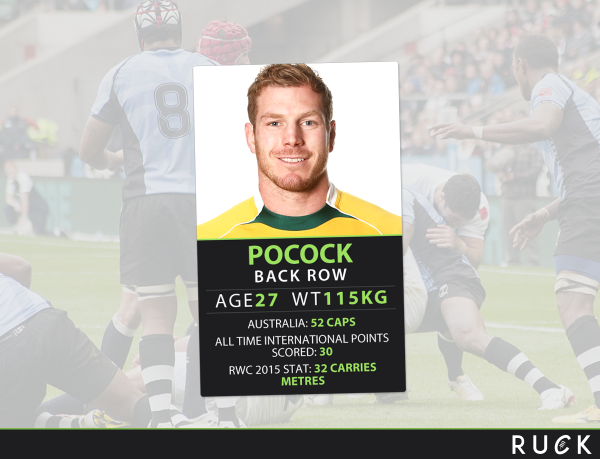 With Michael Hooper’s notable absence, the focus and pressure will be on his partner in crime David Pocock to win the battle of the breakdown. The big Number Eight won three crucial turnovers against England as Australia dumped the hosts of the tournament out at the pool stage. The imposing forward is always guaranteed to produce all-action displays, with tackling and carrying hard in equal measure. He has also scored two tries so far, which both came against Fiji in the Wallabies opening game. 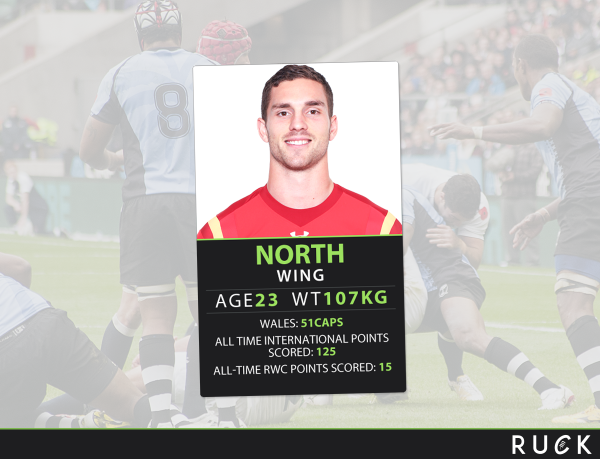 We are yet to see the best of the Welsh wing wizard this tournament, as the 19-year-old North exploded into life four years ago, scoring three tries. Still just 23, the back now carries a lot more responsibility, and he is a far more experienced player. He has had joy at centre before and this switch could be the key to setting him free against a rigorous Australia defence.

RUCK prediction
If anyone can mastermind a result over the Aussies, it is Wales’ head honcho Warren Gatland. His personal win record against the Wallabies as a coach is three wins from 14, taking into account reigns over Ireland, The British and Irish Lions and Wales. The Red Dragon are looking to exorcise their ten match Australian hoodoo, and they have certainly made a bold statement with their starting lineup. Although there are still some visible chinks in South Africa’s armour, both coaches will know the importance of avoiding the two-time Champions in the quarter-finals. Australia are though looking the real deal, and even without Hooper, they should have enough quality and experience to edge this one out.
Australia by 10