Autumn Internationals Team of the Week: Do you agree with our selection?
Skip to content
Top 10s/Lists

Eddie Jones knew exactly what he would get when recalling Joe Launchbury, namely tireless work all over the pitch. Ended the match with 17 tackles.

Started superbly in defence as he tackled everything in gold that moved. Good strong carry in the first half and shook up Beale with a monster hit on the full-back. Stole lineout ball from the Wallabies and was a real force out there.
Embed from Getty Images

The man of the match for Wales against Georgia captained a very unexperienced XV to victory. Alongside his terrific leadership and energy, he was Wales’ top tackler by a country mile. Definitely staked a claim to start against the All Blacks next Saturday.

Will he keep his place in the Wales team to play New Zealand?

It’s not hard to see why Argentina fans love Kremer. Still just 20-year-old, the 1.96m, 115kg lock imposed himself on Italy, sometimes bullying the much older Italian second rows. He’s going to be one of the worlds best.

Vermeulen wasn’t part of South Africa’s original squad for their European tour this month but came straight into the XV, making an immediate impact. His carrying and defence were key to the Boks securing a narrow win in France. 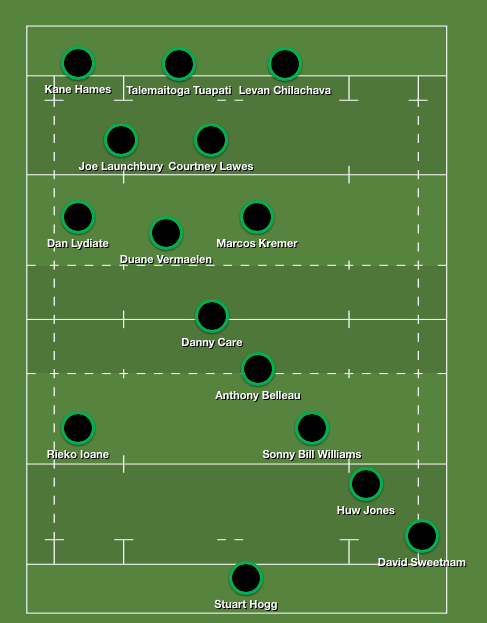