“I’ve had a couple of chats with Henry and we’ve had a bit of a joke about the rumours flying around,” said Baxter.

He told BBC Sport: “There is no truth in the rumour about him having any interest in going to Bath.”

In July, Slade agreed a deal with the Chiefs until 2019, but it was rumoured Bath would be prepared to pay a fee for the playmakers services.

“It’s not unsettling to us as a club, to me, or even to Henry, and I don’t believe for one minute it’s unsettling to Bath or any other clubs that get linked into the rumours because it’s unusual if head coaches and players don’t have a close enough relationship for us to know if those sorts of things were going to happen.

“It’s not unsettling for me to read anything about Henry as I know he’s under contract here and I know he’s fully committed to us, and he’s desperate to do good things for us, play well for us, and for us to win things.

“We have a bit of a laugh about it, it’s one of those things that happens, but that is what sport is all about. It is good that people want to talk and chat and find interesting things to talk about, that’s what we want to do, I have no problem with promoting the game and it being something we talk about.

“If anything football can command a 24-hour day radio programme just to talk about football, it would be nice if we could do that about rugby, we can’t do that at the moment, but there is no problem if rugby gets promoted in whatever way it can.” 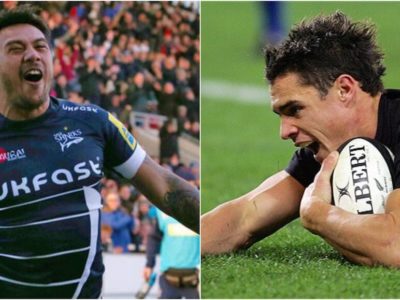