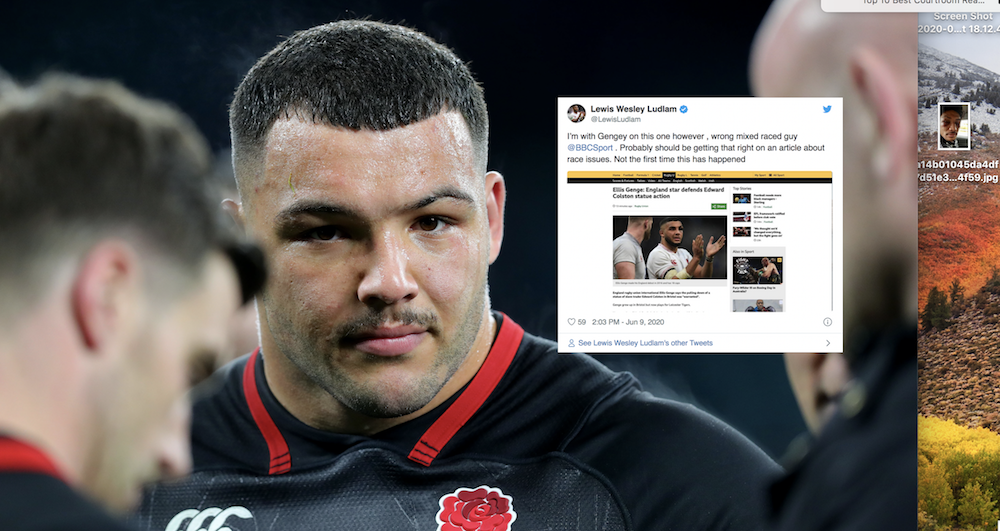 England international Lewis Ludlam has called out the BBC after they mistakenly used an image of him instead of Ellis Genge in article regarding race issues.

And although Ludlam agrees with Genge, who said the pulling down of a statue of slave trader Edward Colston in Bristol was “warranted”, the Northampton back-rower found the use of a wrong photo ironic.

I’m with Gengey on this one however , wrong mixed raced guy @BBCSport . Probably should be getting that right on an article about race issues. Not the first time this has happened pic.twitter.com/s4ZqS8D4Bs

“I’m with Gengey on this one, however, wrong mixed raced guy @BBCSport,” wrote Ludlam .

“Probably should be getting that right on an article about race issues. Not the first time this has happened.”

The controversial bronze statue of Colston was torn down and thrown into the harbour by anti-racism protesters on Sunday.

Ludlam then pointed out another occasion where ITV got him mixed up with England winger Anthony Watson.

Despite being initially released by Northampton a few years ago, Ludlam’s tenacity and talent not only led to him being recalled for Saints’ Under-18s, but move up into the Senior Academy on a full-time basis.

This is how you sing an anthem. Congrats @LewisLudlam

Originally a centre, he has now found a home in the back row for both Club and country.