Icons of Rugby Golf - what time is it on TV? Cast list and preview.
Skip to content
Rugby News

A mix of the best players in rugby history are set to face off once again in a televised team gold match in Buckinghamshire later this month.

There will be 24 players attending with an astonishing 13 World Cup winners medals between them. 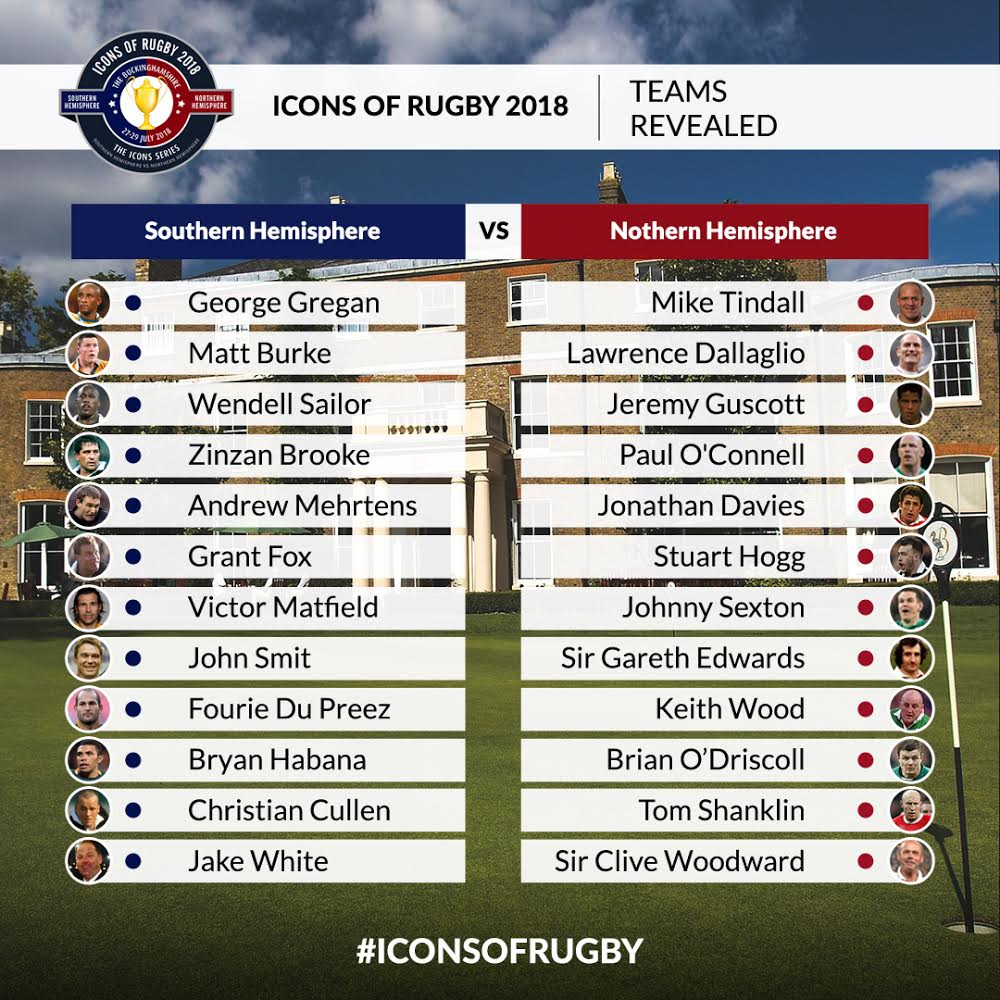 There will be ten British & Irish Lions involved and the total of international caps won by the players involved will be a giant 1,860.

Huge names such as Johnny Sexton and Sir Clive Woodward will be joined by many other prestigious figures form the rugby world.

These include World Cup heroes Lawrence Dallaglio, Mike Tindall while Jeremy Guscott and Stuart Hogg will also feature for the Northern hemisphere.

We are very honoured to be one of the associated charities @iconsseriesIOR event. Tickets still available to watch amongst others our patron @miketindall13 and Trustee @CliveWoodward https://t.co/RsPoJWzQxx pic.twitter.com/JK6JfwwEQT

The team looking to do the opposite will also be made up of rugby giants, such as All black legends Zinzan Brooke, Christian Cullen and Grant Fox.

Tom Brookes, the founder of the Icons Series Concept, said: “There are lots of other special features for spectators to enjoy at the event that’s designed to be inclusive for both rugby and golf fans, with adults gaining entry for just £20 and anyone under the age of 18 for free each day.

“More than 70% of spectators at previous Icons Series events have been new to golf events and with the strong teams of rugby icons we anticipate another great turnout of golfing newcomers.”

For more information about the event please visit http://icons-series.com/