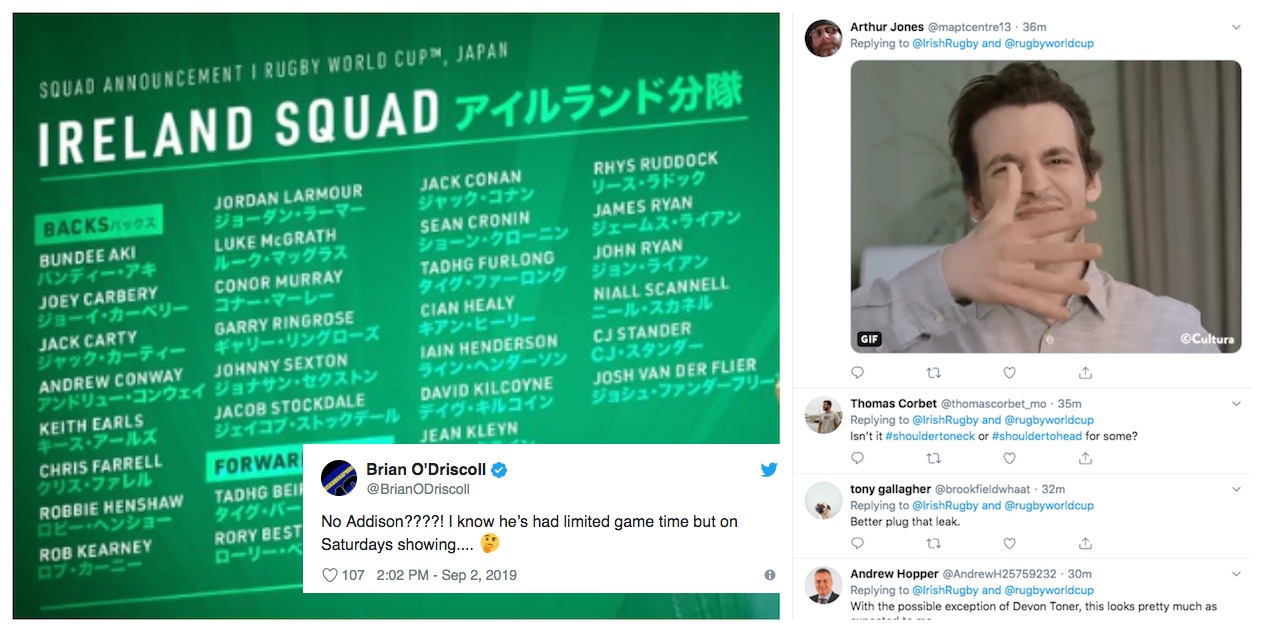 Here is how he and the rest of social media reacted to the squad announcement.

No Addison????! I know he’s had limited game time but on Saturdays showing…. 🤔