Somewhat surprisingly given the volume of matches that took place over the weekend, there is very little change to the World Rugby Rankings with Australia and Fiji the only nations improving their positions.

Captain David Pocock’s 71st-minute try proved the difference as the Wallabies edged out Ireland 18-9 in a titanic tussle in Brisbane. In ending Ireland’s 12-match winning run Michael Cheika’s side pick up 1.07 points which takes them above England and into third.

For now, Ireland are safe in second place, behind New Zealand who turned in a second-half masterclass to beat France 52-11, but the difference between the Six Nations champions and the Wallabies is now down to one and a half points. 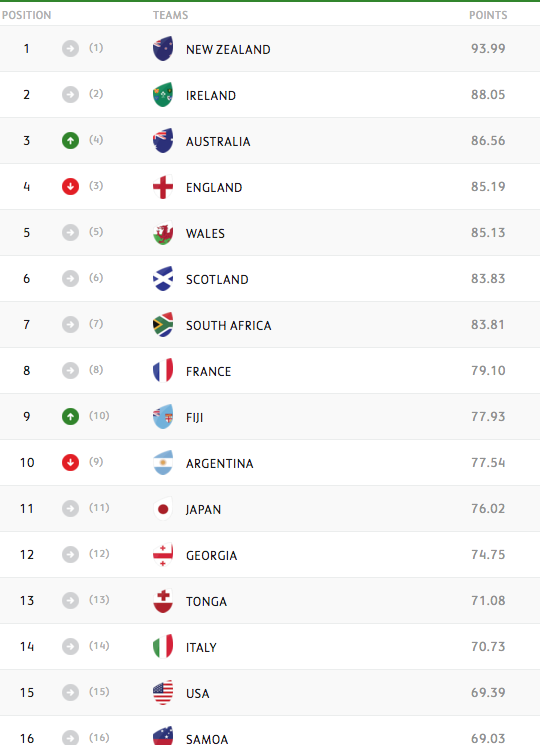