Head coach Vern Cotter has named five personnel changes to the side that finished the 2016 RBS 6 Nations to start this Saturday’s Test match against Japan, at the Toyota City Stadium.

Damien Hoyland, the 22-year-old Edinburgh wing, will start his first Test on the back of a stellar season with Edinburgh.

“I can’t believe it,” said Hoyland, who featured in Scotland’s dramatic victory in the London Sevens last month when they won a first World Sevens Series title.

“It’s still very, very surreal. The Sevens, when it happened, was the best feeling I had in my life and I couldn’t have imagined anything better, but this has to top it.” 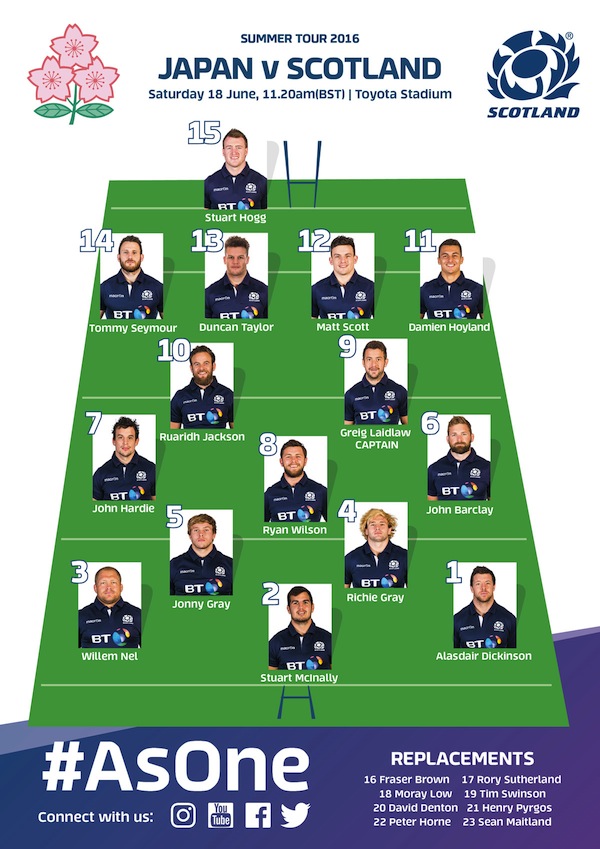