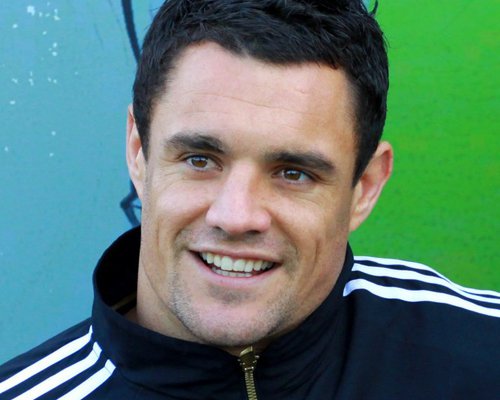 All Blacks superstar Dan Carter wants redemption after missing out on New Zealand’s World Cup final triumph due to injury four years ago.

The reliable goal-kicker and astute tactician, who has over a century of Test caps, scoring an incredible 1,516 points, played only two pool matches in 2011 before a groin injury in training ended his tournament.

The 33-year old, who will hang up his international boots when he moves to French Top 14 side Racing 92 after the tournament, is now looking forward to taking part in his fourth and final World Cup

“This is the last time that I’ll put on the All Black jersey,” he said. “I just want to make the most of it,

“Tournaments can be quite serious, quite intimidating, quite hostile, so the fact that I finish playing New Zealand rugby after this World Cup, I just want to go out there, have fun and be part of something special.

He added: “I’ll do whatever I can to help this All Blacks side go as far as possible,

“I just want to try to do something that no team have done before by winning back-to-back World Cups. Just to be part of that has really been driving me.”

The fly-half enters the tournament as Steve Hansen’s first choice with New Zealand looking to lift the Webb Ellis Cup for a third time following their triumphs in 1987 and 2011.

Carter, whose contract with Parisians Racing 92 is worth a reported £790,000 a year, is the leading scorer in international rugby history with 1,516 points, 270 more than England World Cup winner Jonny Wilkinson.

All Black legends to step in and save London Welsh