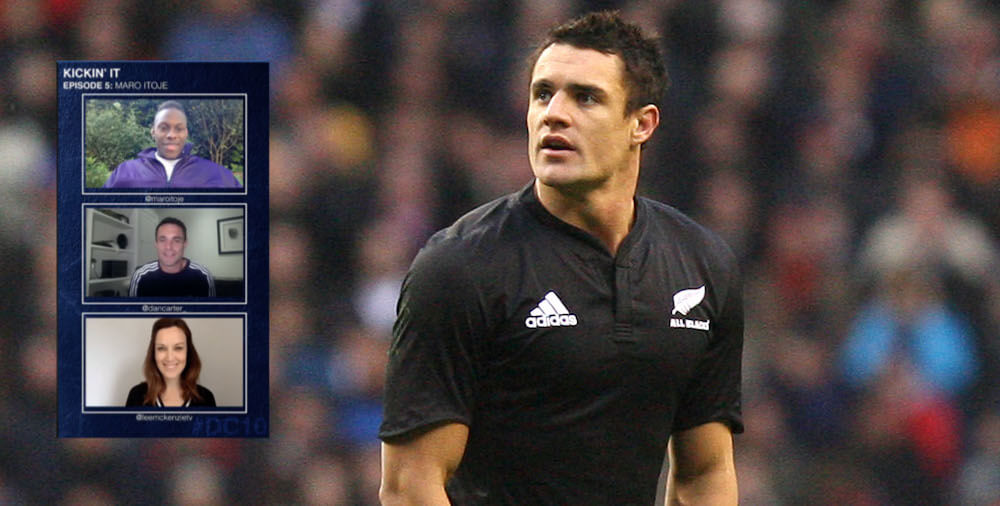 All Blacks legend Dan Carter has revealed the one night he “embarrassed” himself in front of England lock Maro Itoje during a night out.

“The first time I met him (Carter) was when I played against him in the 2016 Champions Cup final which was pretty cool,” said Itoje.

Carter then shared his embarrassment about how he acted around the young rugby star, after perhaps one or two too many drinks.

“I woke the next day and I was so embarrassed because like you mention, I probably had too many lemonades and I just remember at the bar I had my hand around you.

“I’ve never met the guy before but it obviously followed the amazing Six Nations that you had that season and your Champions Cup success, man of the match. I had my arm around him and I was like, you’re awesome.

“I was giving him advice like he was my own son: ‘Now you got to keep your feet on the ground, make sure you stay humble, you work hard.’ I woke up and was like ‘man this guy is going to think that I was an absolute idiot’. Probably thought I was fanboying him.”

Whether you either love him or hate him, it’s impossible to deny that England lock Maro Itoje has a certain skill of getting under the skin of opposition players and fans.

Itoje taunts Glasgow as he joins in disallowed try celebrations.