Eddie Jones has been mocked up as a clown in the Australian press as the escalating war of words between the England head coach and his Wallabies counterpart Michael Cheika continues.

Jones has received the same treatment as Cheika was afforded by the New Zealand press during the Rugby Championship – and indeed Warren Gatland. 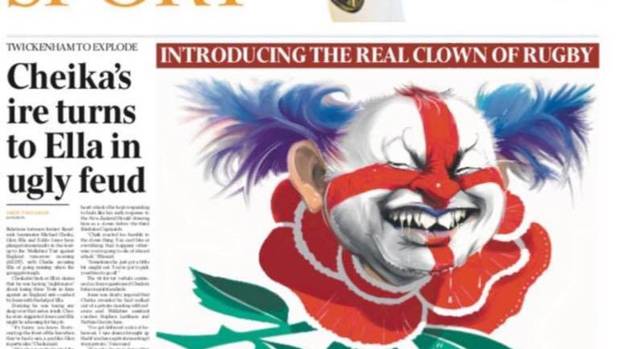 A grinning Jones is depicted with sharp teeth, whispy purple hair, set in an English rose with the Cross of Saint George painted on his face.

Above it a headline screams “Introducing The Real Clown of Rugby”, a reference to the New Zealand Herald depicting Cheika as a clown in October. 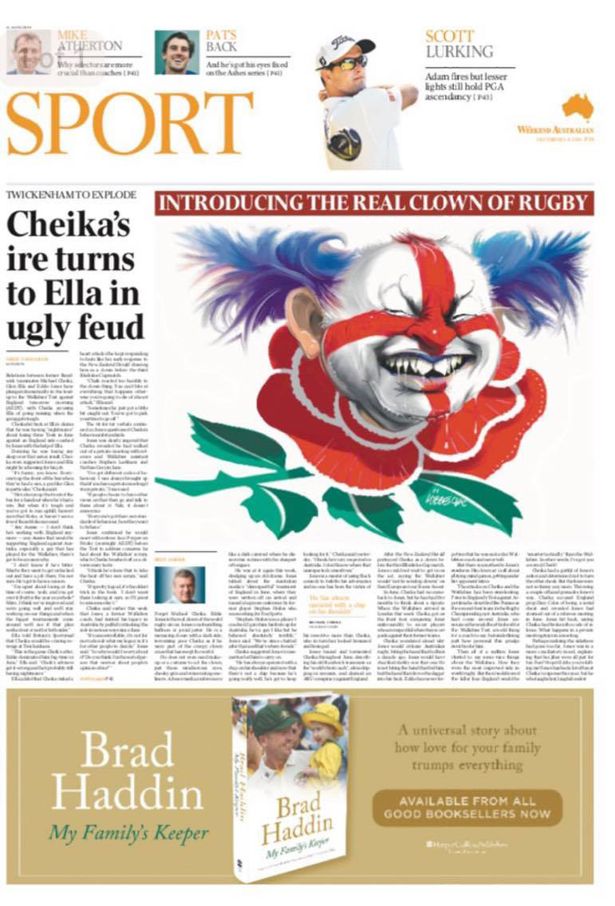 The Australian’s article this weekend claims Jones is “a menacing clown with a dark side”.

It reads: “Forget Michael Cheika. Eddie Jones is the real clown of the world rugby circus.”

And the piece goes on: “Jones is no bumbling buffoon or jovial jester. He is a menacing clown with a dark side, terrorising poor Cheika as if he were part of the creepy clown craze that has swept the world.”

There is no love lost between Australian Jones and Cheika, who were teammates during their playing careers.