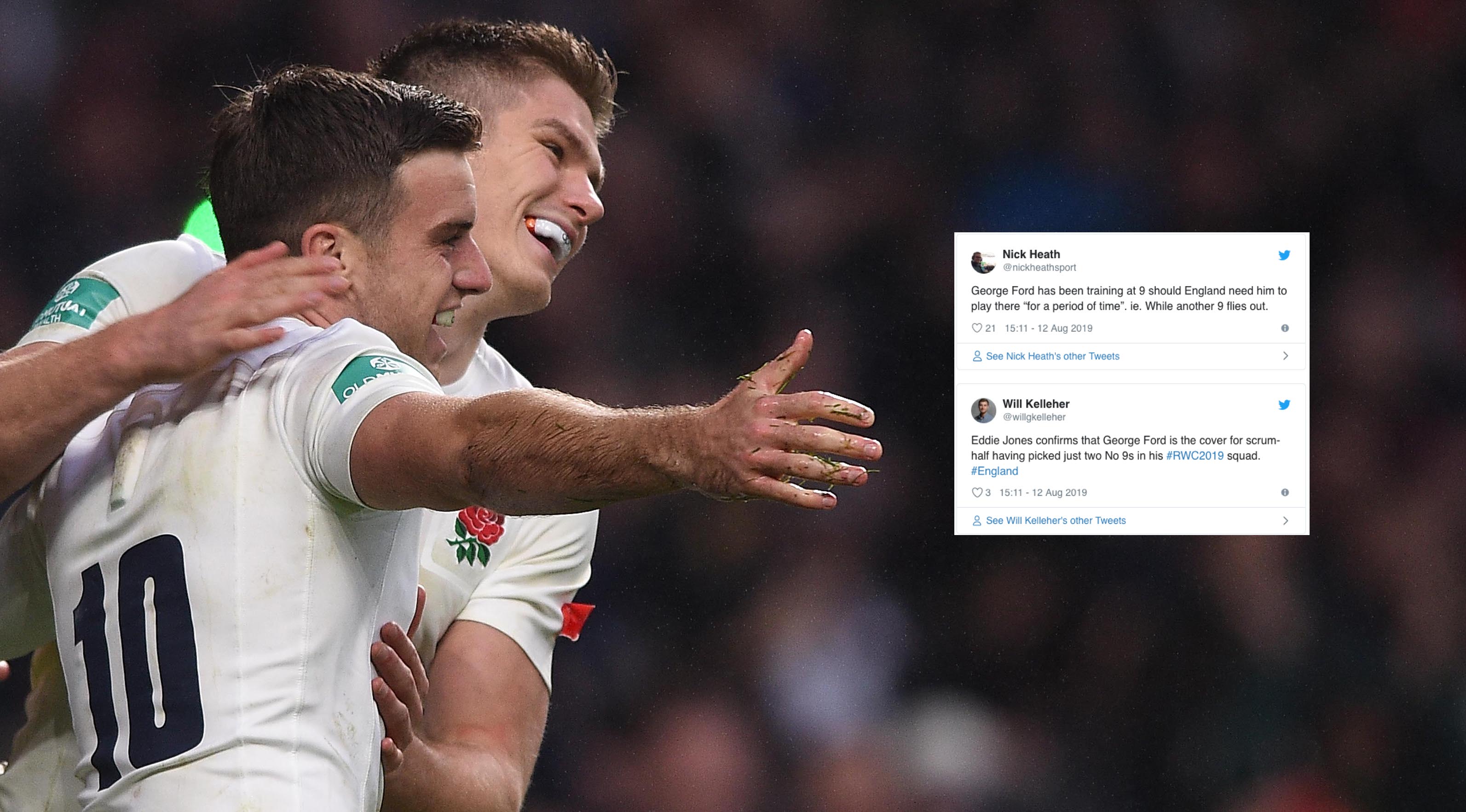 Gloucester scrum-half Heinz appears to have done enough with an excellent performance against Wales on debut, but interestingly is one of just two scrum-halves in the squad alongside probable starter Ben Youngs.

So who will act as cover if either of them ends up injured in Japan?

The Aussie has revealed George Ford will cover at nine if needs be, with the Leicester man set to fill in until a replacement can arrive.