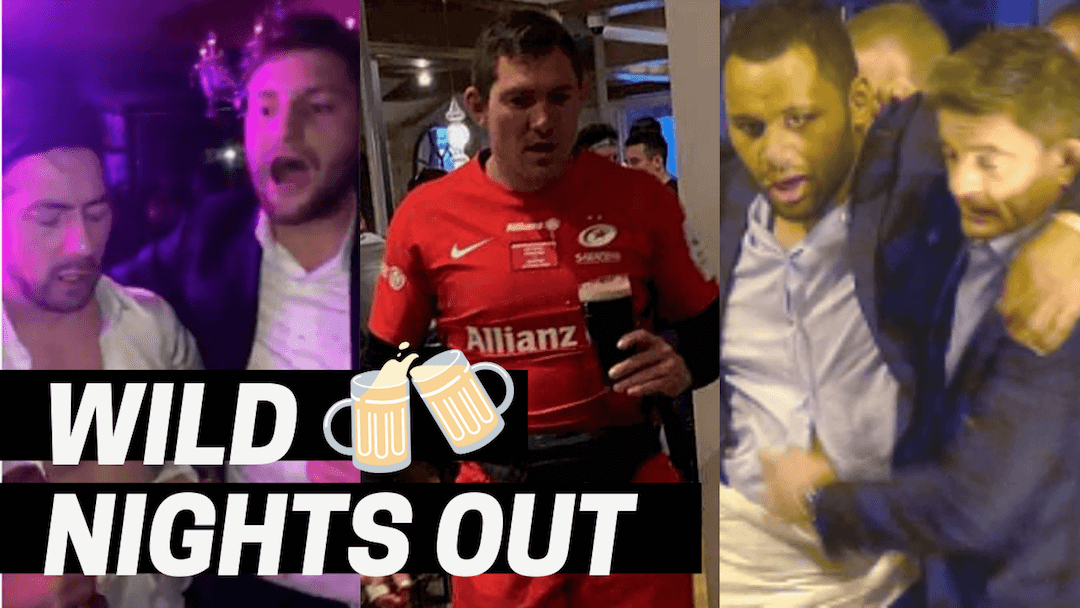 The England rugby team were confirmed as the winners of the Six Nations championship in March 2017- despite losing to Ireland in Dublin – and many of the squad marked the occasion with an all-night party in a local nightclub complex alongside their wives and girlfriends.

Looking dishevelled with his shirt open and tie discarded, the bleary-eyed back-rower had to be helped to a waiting car wearing what appeared to be a cloth garment similar to a sarong tied over his trousers around his waist – and was still looking a little delicate when the squad checked out of the Conrad Hotel the next day

Italy prop Martin Castrogiovanni had been suspended by his club Racing 92 after pictures of him partying in Las Vegas surfaced on social media with Zlatan Ibrahimovic.

The 34-year-old had told Racing that he could not play in their Champions Cup semi-final clash with Leicester Tigers as he had a family matter to attend to in Argentina. Naughty boy.null

Prince Harry was still commiserating with England’s defeated rugby stars in Paris at 1am after the 2007 World Cup final – more than 24 hours after the players began an epic drinking session with him and his brother William.

The Wales star pictured in a Cardiff club celebrating hours before his drunken ride up the M4 in a golf buggy.