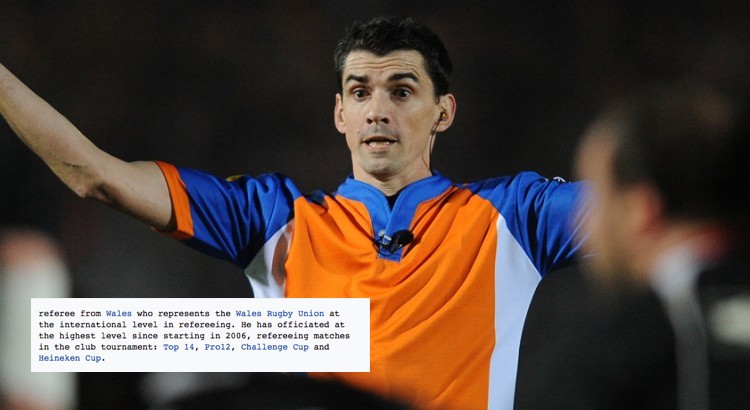 England was expecting Gauzere to wait for the sin-binned Anthony Watson to leave the pitch as punishment for a deliberate knock-on before allowing Wales to restart play.

And now a fan has changed his Wikipedia.

It now reads: “Referee from Wales who represents the Wales Rugby Union at the international level in refereeing.”