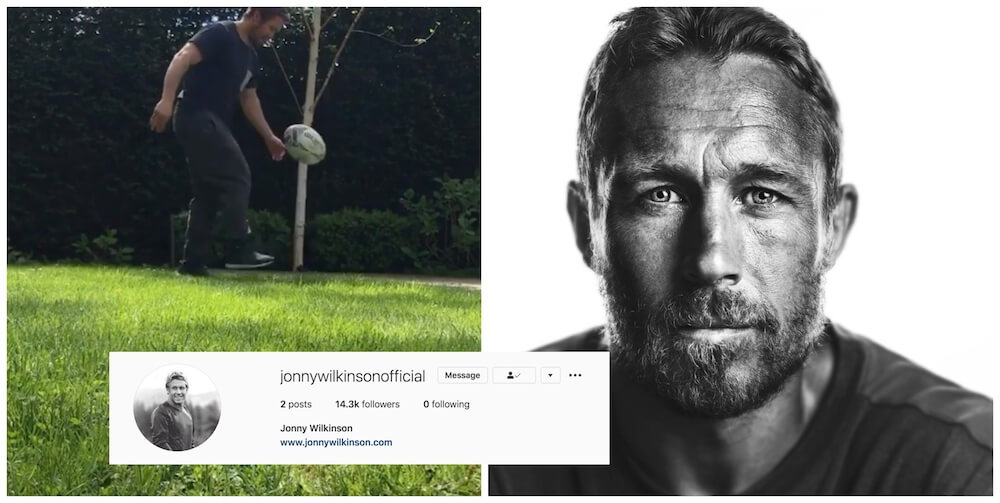 Jonny Wilkinson has become the latest rugby legend to take the Instagram plunge.

The England and Newcastle legend joined the social networking site and has amassed more than 15,000 followers in just a matter of hours.

The 40-year-old said he was ‘taking the instagram plunge’ and that he had heard ‘it’s kind of a big deal!’.

My 2.6 challenge was 26 keepy ups with a rugby ball and a few other things I can find lying around. I have one or two works in progress! All to support amazing @tinylivestrust up in the North East ensuring premature born babies are getting every chance of embarking on amazing life journeys.

Being one of the most popular players on the globe is likely to generate an incredible fan-base globally, but we are fairly confident that there are some aspects of Jonny Wilkinson’s life and career you are not familiar with.

Wilkinson’s brother, Mark, was also a Newcastle player who made 16 appearances in the Premiership for the side between 2002 and 2005, predominantly as a centre. His father, Phil, was a rugby player and cricketer, and his mother, Philippa, played squash at county level.  His grandfather, Phil, also played football for Norwich.

“Berkshire, with my wife, Shelley, and our toddler. We’re fortunate to live in a lovely house in a great area surrounded by nice people, but we’re leaning towards moving somewhere more rural as we both love the outdoors, nature and space. We enjoy going for long walks. Windsor Great Park is a joy.”