Leicester Tigers captain Tom Youngs simply won’t give up on an England recall, despite admitting he doubted he’d ever get back to his best after undergoing back surgery.

The 29-year-old, who won three caps for the British and Irish Lions in 2013, was overlooked for their triumphant Six Nations campaign after starting in the 2015 World Cup before surgery ruled him out of their summer tour in Australia 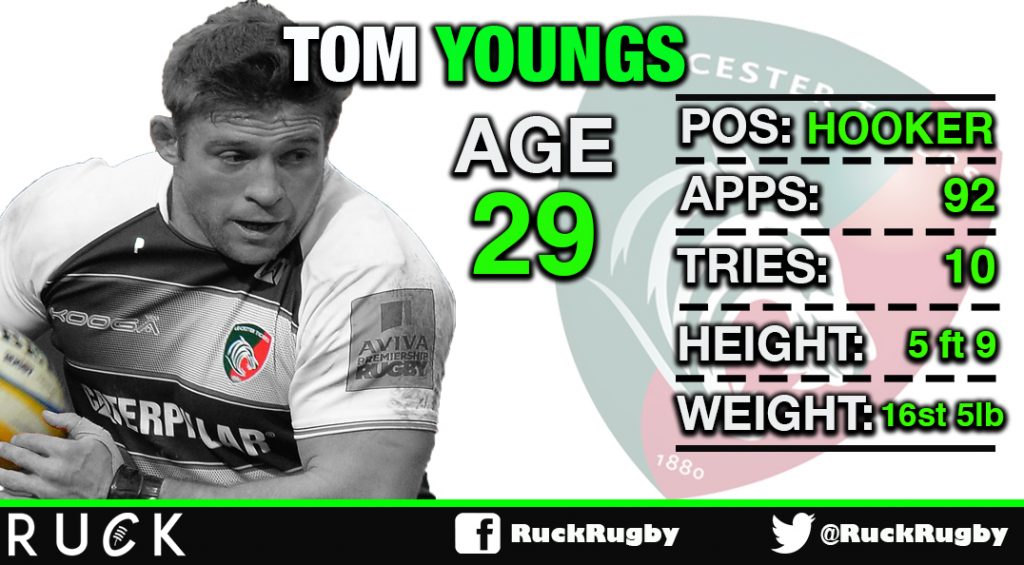 But fresh off being named Leicester’s skipper for the 2016/17 season, Youngs remains willing to fight to build upon his 28 caps for England thus far.

“You always have to keep the goal there to get back in the England side. I don’t think you can ever lose sight of it,” revealed the hooker.

“Because I was injured, yes you do end up doubting yourself a little. But you soon dust yourself down, get back here, train again and then you are ticking along again.

“I’ve always had determination, but there is probably a bit more there now to prove people wrong and prove to myself that I’m good enough.”

The hooker will face stiff competition to force himself back into Eddie Jones’ squad after Dylan Hartley, Jamie George and Luke Cowan-Dickie all impressed during their triumphant tour down under in June.

“They had a great summer tour, 3-0 in Australia is very special,” Youngs said.

Show captions
Copy this code to your website or blog. Learn more

“It’s never great not being selected, but there is no point moping about because you need to be training hard. I’m not one to mope, I just say ‘fair enough, I understand’ and then go off and work on things I need to work on.

“The back injury was probably the worst thing, because I couldn’t prove anything.

“If I get the phone call great, but I’ll concentrate on getting fit, playing and leading by example for the club.”