England and Wasps flanker Brad Shields has tried his best to try and recruit world player of the year and All Black superstar Beauden Barrett to Eddie Jones’ side.

Shields, who is close friends with Barrett from his years with the Hurricanes, had been spending a week in his native New Zealand prior to his first season in the Gallagher Premiership.

The flanker snuck one of his England training jerseys into Barrett’s draw but from the fly-halves latest Instagram post, the attempt seems to have failed. 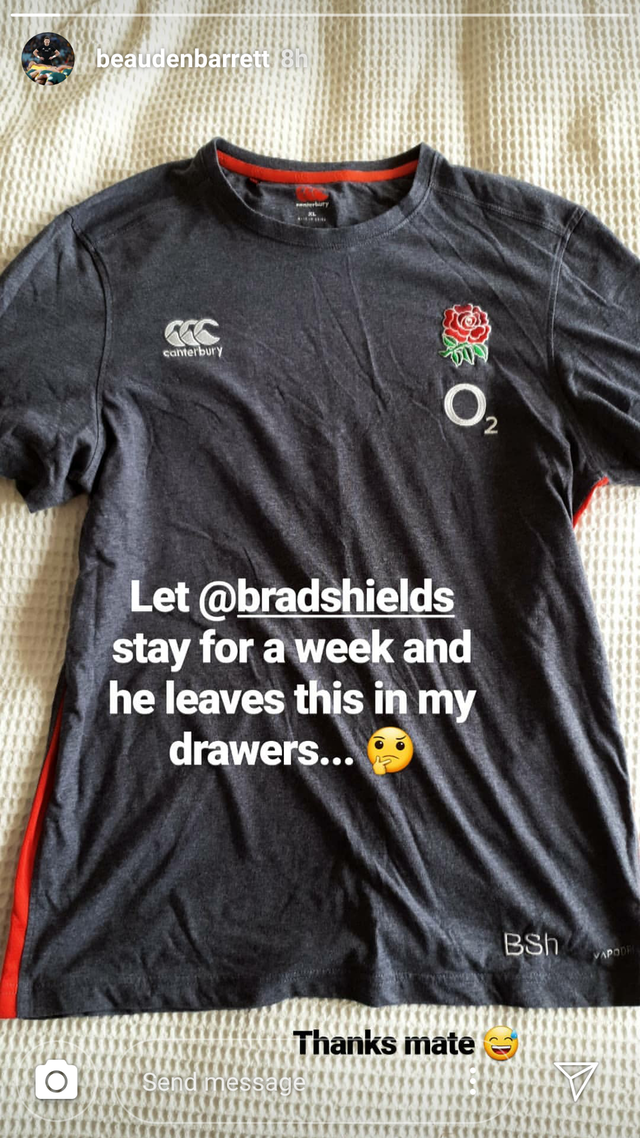