England will be looking to restore some pride to the nation after becoming the first primary hosts to be knocked out of the Rugby World Cup before the knockout stages. Stuart Lancaster, as a result, has shuffled his pack, bringing in a significant number of players who are yet to play into the starting XV.

After beating Fiji in their opening game of the tournament, England went on to lose to both Wales and Australia at Twickenham and, as a result, crashed out of the competition after just three games.

There has been little interest in the game, and it has been rumoured that you can pick up tickets for the match at the City of Manchester Stadium for just £1.50 in some parts.

Uruguay have lost all three games of the competition, conceding 166 points in the process, scoring just 27, the lowest in the tournament.

The South Americans will be looking to take inspiration from the likes of Japan and Georgia, who have claimed famous victories themselves this tournament and capitalise on an England side who will be low on confidence.

The last and only time these sides met was in Brisbane during the 2003 World Cup, where England came out on top 111-13 winners in a 17-try mauling.

George Ford, who was controversially dropped earlier on in the tournament, will start at fly-half, with his replacement Owen Farrell starting in the centre where he will be joined in the midfield by youngster Henry Slade, who comes in for his first appearance of the World Cup.

In the forwards Nick Easter, who did not play for England for four years after the 2011 tournament, will start at number eight, aged 37 years old.

For Uruguay, scrum-half Agustin Ormaechea has been cleared to play after his red card last time out against Fiji. Their number 9 has been the South Americans star player at the World Cup and scored their second try in Milton Keynes, so having him available will be a big boost for them. 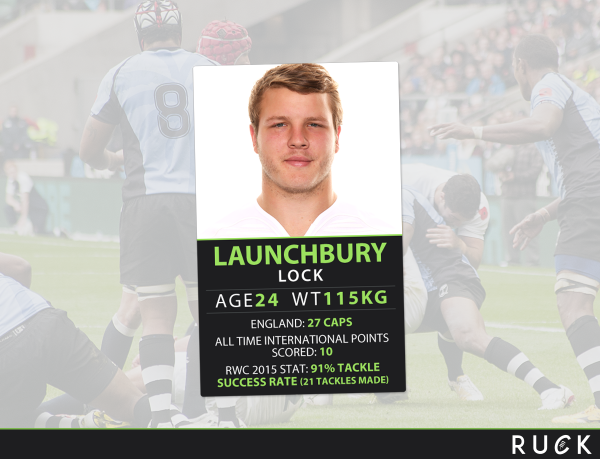 The man who said his was embarrassed to claim the man of the match award against Australia will be looking to put in another top quality performance from second-row. His side’s performances may not have been up to scratch so far this tournament, but the Bath man has been the stand out player, in the scrum and with ball at hand. He flies all over the pitch to make crucial tackles and at 24 years old he will be one of the stars for England rugby for years to come.

The scrum-half has been cleared to play, despite being sent off in their 47-15 defeat to Fiji. In order for Uruguay to even compete in this game he will have to help dictate the tempo of the game, and back it up with a solid kicking game from the ruck.He was one of his side’s star performers before his red card and is an integral to Uruguay’s hopes if they are to resist the dominance of their opponents.

RUCK prediction
England have to be looking to restore some pride after previous results in the group and nothing less than a blowout victory is needed. They have to show passion and determination to send the fans back home with something to smile about. Uruguay as always will offer everything they but with such a short turnaround from their match with Fiji may not be physically prepared for the game
England by 70