RUCK.co.uk analyses the favourites to score first when England meet Wales in the Six Nations at Twickenham on Saturday.

Both teams claimed impressive bonus-point wins in their first match and are likely to come into this clash with plenty of confidence.

Even though this is just the second round, the winner of this game will be in a strong position to go on and challenge Ireland for this year’s title. 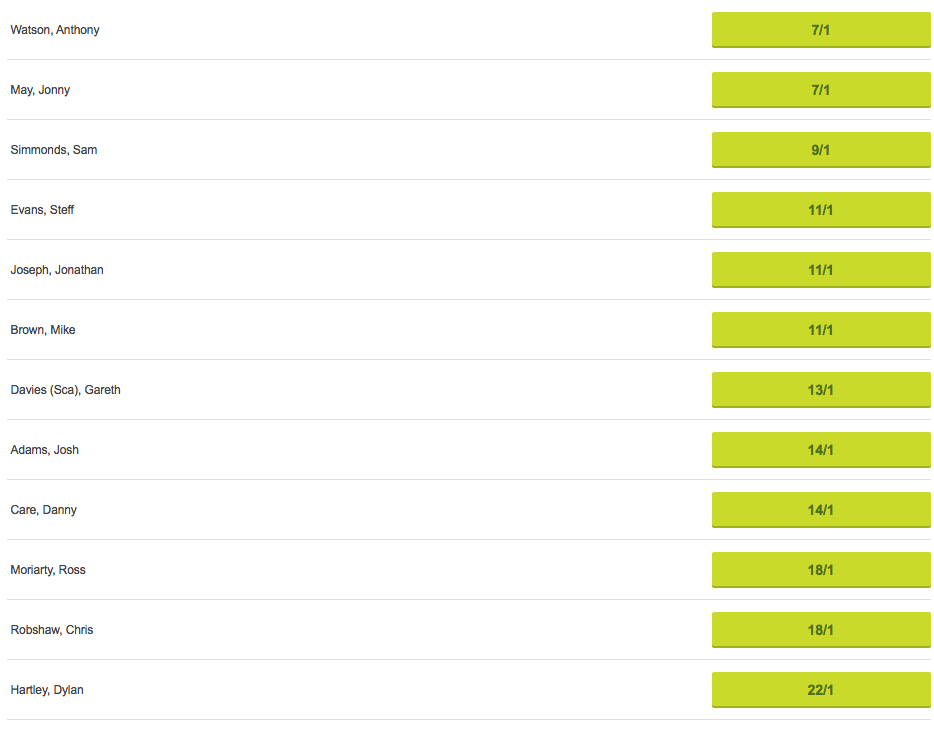 Winger Anthony Watson has an excellent record against Wales with a try in his last two appearances against them and three in four matches.

The England winger looked very sharp against Italy with his two early tries and will be one of the main attacking threats for the hosts and is joint-favourite to score first along with Jonny May.

However, after his stunning performance in Rome, Simmond would be our pick.