England against Wales will be the most expensive Test in town for some desperate fans with tickets now selling for up to £3,500-a-pair.

The NatWest 6 Nations clash has been officially sold out for months, however, as with most major sporting events around the world, people are flogging their seats for eye-watering profits.

And after both sides got off too winning starts, also securing bonus-points, ticket prices blasting ticket prices through the roof to record – extensive – highs.

Tickets for the match on re-sale website StubHub can be as much as £1,750 each. That pair had an original face value of £100 each.

And with rival re-seller Viagogo two seats in the middle tier, near the halfway line, were priced at £1,672 for a pair.

Both websites between them still have hundreds of seats available to buy – for one with the worst view in the upper tier, the price starts at £240 a ticket.

The Rugby Football Union (RFU) has warned fans against buying these sorts of second-hand tickets. 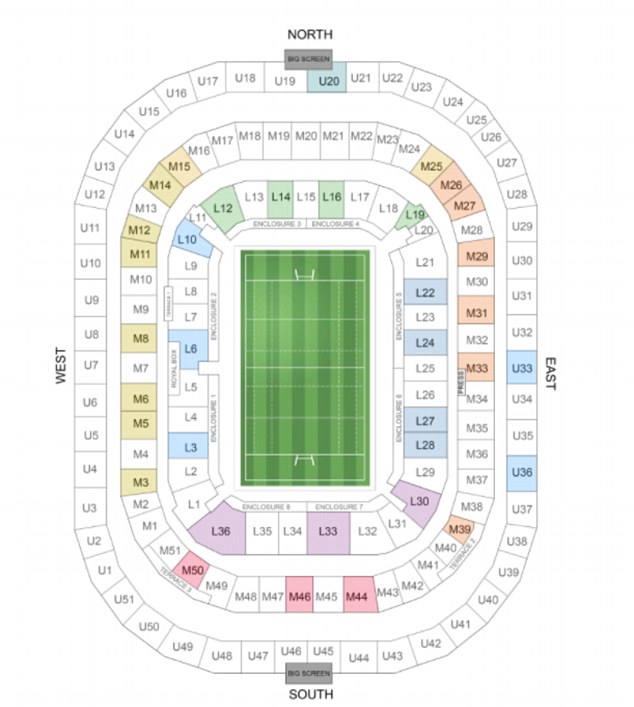 An RFU spokeswoman said: ‘We are out there every day monitoring, checking and challenging the secondary market sites which are advertising Twickenham tickets in breach of our terms and conditions.

‘Our message to fans is clear – fans should not risk their money because we have the right to refuse entry to anyone who has purchased a ticket from the secondary market, so don’t risk it.’

Another Premiership club join the race to sign Huw Jones