England winger Jonny May says his injury lay-off has been “hell” but he hopes to return to action in October.

After suffering a serious leg injury in December, 2015, he is targeting a comeback as he finally sees the light at the end of the recovery tunnel.

“It’s been really tough and I’ve worked so hard at this and its coming on the way I would have hoped,” he told BBC Radio Gloucestershire. 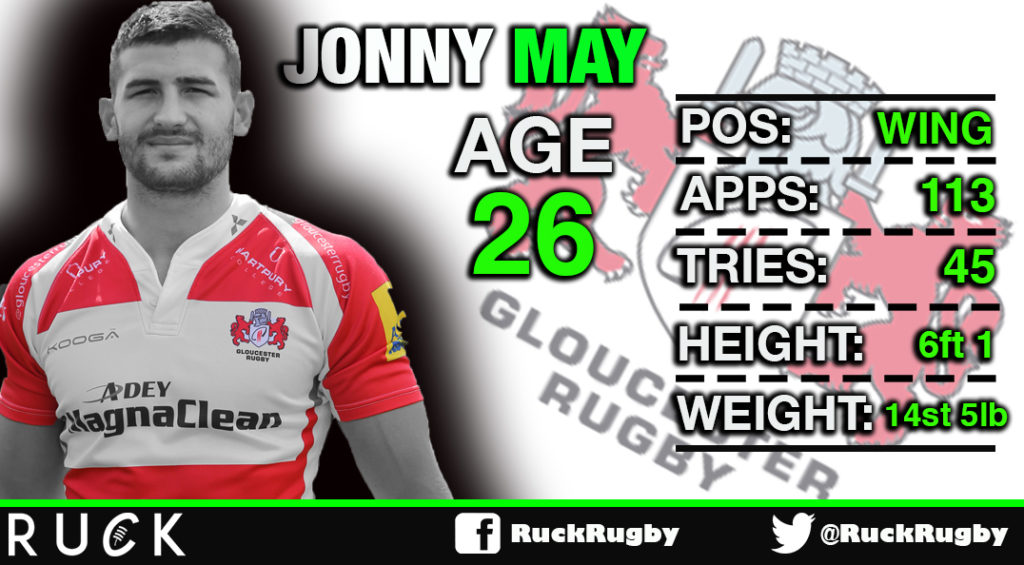 “I’m pretty sure I’ll be pretty much fully fit by October and then we start to think about getting back out there.”

He continued: “I’m up to about 90% of my top speed prior to injury which is not bad considering where I’m at and I’m just thinking if I can go up a percentage a week then I’ll be in a good place.”

“Eddie Jones has been wanting updates throughout and he is keen to get me back in there [for England] as soon as possible,” May added.

“I saw him at the weekend and he’s just saying get fit as quick as you can I just assured him I’m doing everything I can.”

Helping May through the difficult times was the fact he was named in England’s Elite Player Squad in August and with head coach Eddie Jones in regular contact, the wing is feeling positive about the future.

“That was really nice, to be fair, Eddie has been in contact with me from the start. We’ve had letters from him around Christmas, then I got injured and he was texting me throughout the surgery and wanting updates as I was beginning my rehab,” he said.

“It’s good to know that he likes me as a player and that he is keen to get me back in to the squad. I saw Eddie last weekend and he assured me to get fit as quick as I could. And I’m doing just that.

“It’s reassuring to know that after all of this time, that I’m still in his thoughts and that he rates me as a player.”