An American Facebook page ‘Mothers against Death Sports’ has shared its radical but quite hilarious views on the beautiful game of rugby and they weren’t kind.

They run a number of Facebook pages and mock the typical American mother/stereotype, trying to protect their children from the ‘devil’s. It tricked us at first, ha-ha.

Their radical view of rugby is particularly amusing, if not slightly worrying.

The strange caption read: ‘Europe is a hotbed of deviant activity such as entertainers who dress as women and sports where extended groping and holding are encouraged to simulate hedonistic adult themed group “activities”. Based on the game of Football which was invented by America, “RUGBY” uses similar rules but the “players” wear skimpy shorts and minimal protective padding to increase the man-on-man physical bodily contact for extended periods of “play time” without a whistle. Head protection when rarely worn doesn’t include a face mask which would block intimate contact if used.

‘Does this sound like the kind of thing you want your children exposed to or participating in?

‘With the decline of civilization and the erosion of traditional marriage in America today we need to keep one step ahead of immorality and ban deviant activities like Rugby today!’ 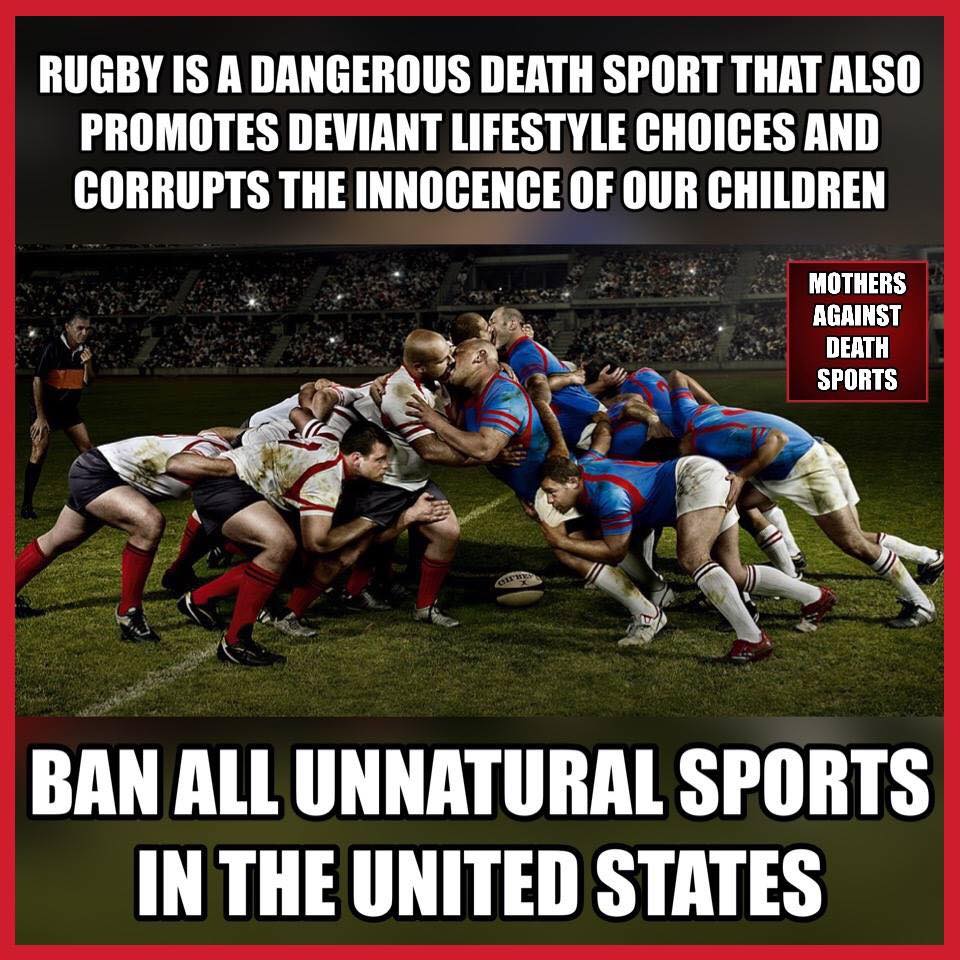