Lee Dickson spent nine years with Northampton Saints between 2008 and 2017 and picked up a Premiership and Challenge Cup winners medal along with 18 England caps between 2012 and 2014.

The 32-year-old moved to Goldington Road next season as a player-coach at the end of last season and will captain the Blues against Hartpury College in the Championship tonight.

Alex Rae, Bedford Blues player-coach, said: “Hartpury have impressed everyone since winning promotion and they set up their stall in round one with an incredible display against Bristol.

“They’ve adapted well to the Championship and no-one is taking them lightly.” 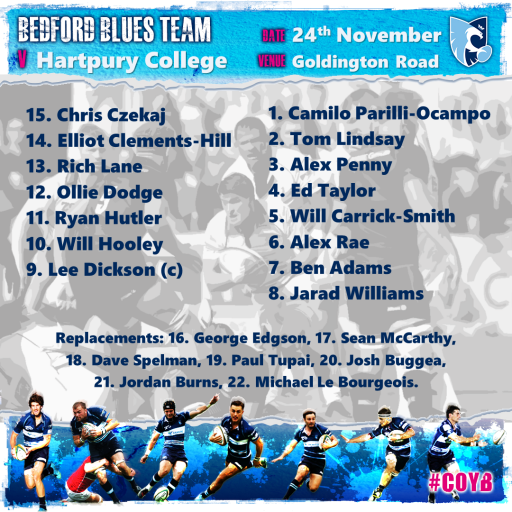