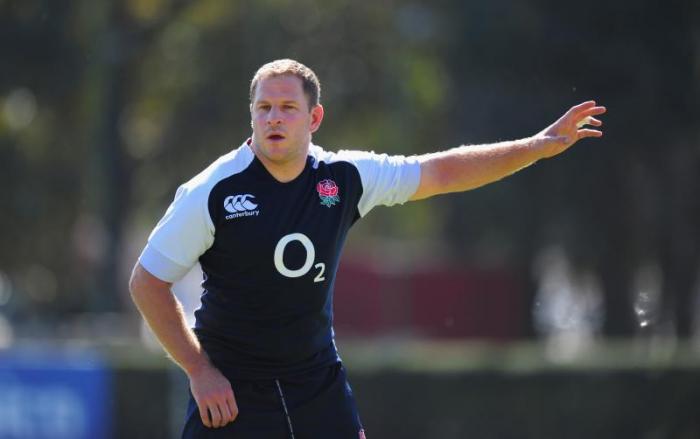 London Irish legend David Paice will retire at the end of the season more than 14 years on from making his first team debut for the Exiles.

The one club man, 34, is Irish’s most capped player having clocked up 288 appearances during an illustrious playing career that has seen him win eight England caps.

It all started back in 2003 when Australian-born Paice got the chance to join Irish’s academy, with the tenacious hooker making his senior bow against Northampton Saints at Franklin’s Gardens the following year. Paice has since achieved legendary status at the club, appearances in the pulsating 2008 Heineken Cup semi-final and the 2009 Premiership final high points of his career.

The tributes keep coming in for @david_paice who has announced that he will retire at the end of the season. #Legend

🎟David’s final game at the MadStad will be against @Saracens on Sunday with tickets available at https://t.co/fGKtRK5zpA. pic.twitter.com/1PnKXU118I

Paice or ‘Paicey’ as he is known to his teammates, led the Exiles to promotion from the Championship during the 2016/17 campaign, the play-off final triumph over Yorkshire Carnegie sparking scenes of celebration as he lifted the trophy.

While enjoying a stellar career with Irish, the committed front-rower also underlined his credentials on the international stage, making his England debut against New Zealand during their 2008 summer tour.

“I would like to thank London Irish for giving me the opportunity to play professional rugby,” Paice told London Irish’s website.

“The support of my wife Alyce and my two girls Amelie and Charlotte during my time at the club has been truly amazing, and they have allowed me to enjoy my rugby.

“Without their support I wouldn’t have got this far in my career. I feel that the time is right for us to move back to Brisbane and be closer to family – our eldest will also be starting school soon.

“London Irish is a special club, with fantastic supporters and I’ve made friends for life. There are so many people that I would like to thank, but Toby Booth, Brian Smith, Kieran McCarthy, Gary Gold, Nick Kennedy and Conor O’Shea have played an integral role in my career.”

Exiles technical consultant Declan Kidney paid tribute to Paice, saying: “David has been a magnificent servant not only to London Irish, but to English rugby and he will be a big loss to the game.

“I’ve only been at the club for a short time, but it’s clear to see the positive impact that David has had on the team both on and off the pitch, and I speak on behalf of everyone at the club in wishing him all the very best for the future.”

London Irish president Mick Crossan said: “David has given his all every time he’s pulled on the London Irish jersey and I would like to thank him for his service to a club very dear to his heart.

“We’ll raise a glass to David at the end of season dinner and my best wishes go to his wife Alyce and his two little girls Amelie and Charlotte.”