A Welsh Rugby player was forced to get 30 stitches are allegedly having his ear bitten in a pre-season friendly.

Speaking to WalesOnline about his ear, he said:

“It’s a bit sore but it’ll be alright – I should be back in three weeks hopefully. 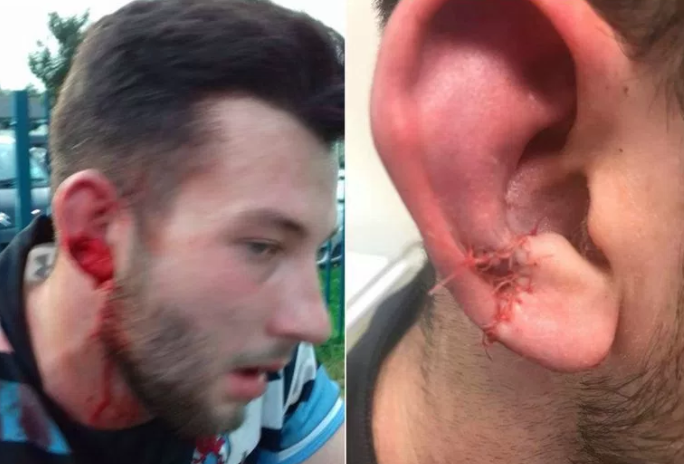 “It’s a shame as this was a bit of a comeback match for me really, as I suffered from PTSD after snapping my Fibia playing for Filton a few years ago, and I was playing well.

“There was a bit of a scuffle at a ruck. I couldn’t move – I managed to get on my front and cover my face with my hands. The boys on the sideline saw more than me and they were kicking off, saying it was a bite.”

“They were asking me afterwards whether I felt anything and I did feel some pressure on my ear but I was busy just trying to protect myself.

“The doctor said it was ripped from behind and there was bruising behind the ear so it couldn’t have been a stamp or punch – it must have been a bite.”

“I just want it sorted – it shouldn’t be happening in the game.”

“Two red cards were issued following an incident during the above match. Therefore we will be contacting both clubs to provide evidence ahead of a hearing of the WRU disciplinary panel.”