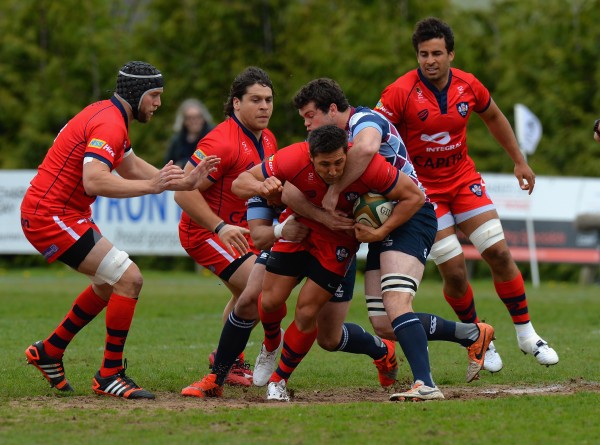 There is only once place to start in the RFU Championship in round nine, and that is at Ashton Gate where top of the table Bristol will host Doncaster Knights. The home side have lost just one of their eight games so far this season, winning the other seven, meaning they have a three-point gap at the top. Last week the beat the Cornish Pirates 10-40 away from home.

Doncaster, on the other hand, sits in third place, but already nine points behind the leaders, and will be hoping for a victory to start to close the gap. They saw off London Scottish last time out, thanks to an impressive kicking display by Douglas Flockhart in a 19-10 victory.

Ruck Prediction: This will be a close game at the top of the division, but Bristol just look unbeatable at the moment, with their only loss coming back at week one. Home field advantage will be another bonus this time around, and they should win. Bristol by 7

The other game on Friday night sees 10th place Moseley take on the 11th place the Cornish Pirates in an enormous battle at the bottom of the league. The pair have both looked uninspiring so far this term, and both lost in week eight. They only have four wins between this season.

Ruck Prediction: It will be a battle in the tussle at the lower end of the table, but Moseley will come away with the win here. Cornish Pirates have been blown away by their opponents in the last few weeks, while the home side have beat Ealing recently. Moseley by 10

In the first of Saturday’s games, London Scottish will be hoping to put last week’s result behind them and look to restart their charge for the playoffs, which they are just five points behind, despite sitting in eighth place. The defeat to Doncaster meant they have won four and lost four this season.

Jersey, on the other hand, are in ninth, and a win could kick start their season. They have only mustered up 16 points so far this campaign and will be hoping for a victory here to ensure they are not dragged into a relegation battle.

Ruck Prediction: London Scottish will put their week eight result behind them and give their home fans something to shout about, putting on a great performance and scoring plenty of tries. Jersey will give it their all but come up short at the end of the day. London Scottish by 14

Bottom of the table Ealing need to start winning some matches to ensure they are not cut adrift at the bottom of the table as they have won just the single game so far this season. They have just nine points, but have managed to score 180 points, which is better than four of the other teams in the league, so if their defence can hold up, the second worst in the division, they will have a chance.

Home side London Welsh have won four and lost four, and will need to put in a better display than last timeout when they lost on their travels to Rotherham Titans.

Ruck Prediction: London Welsh will have too much for Ealing to handle in this one and should be comfortable winners, touching down on multiple occasions. They should win by about 20 points here.

The final Saturday game sees Bedford Blues play host to high-flying Yorkshire Carnegie, who could go top of the league if third-placed Doncaster manages to beat league-leaders Bristol. Yorkshire have got off to an excellent start, winning six of their eight games and they quickly dismantled Moseley last time out, 52-10.

Bedford have also had a good start to the season and currently occupy the final playoff position in fourth, thanks to their 21-23 victory in their last match against Ealing.  They are seven points behind their Yorkshire rivals, but with other teams hot on their heels a win here would be vital.

Ruck Prediction: It will be huge game in the championship which has the potential to help shape the division, but the away side will come away with the victory here. Yorkshire have performed well in recent weeks putting points on the board and have been solid defensively. Yorkshire by 7

The only Sunday game in the RFU Championship will see fifth place Rotherham take on sixth place Nottingham at Lady Bay Sports Ground. Both teams had good week eights, with the home side beating Jersey 27-29, while the Titans managed to overcome London Welsh 32-16.

Ruck Prediction: The battle for the last playoff spot will intensify here in this one, with both teams hoping to claim the final spot heading into week ten. It could go either way and will be a tight affair, but the Titans will win. Rotherham by 3