The Pro12 will be expanded to include Southern Kings and Cheetahs from September, organisers have confirmed.

The expanded tournament will be called the Pro14 and see the teams split into two conferences of seven made up of two Welsh, two Irish and one team each from Scotland, Italy and South Africa.

The agreement means that the Championship will take place across the northern and southern hemispheres and marks the first phase of expansion as the Guinness PRO14 becomes a truly global tournament.

The #GUINNESSPRO14 is here, watch the video to get the headlines pic.twitter.com/ue64jBJai0 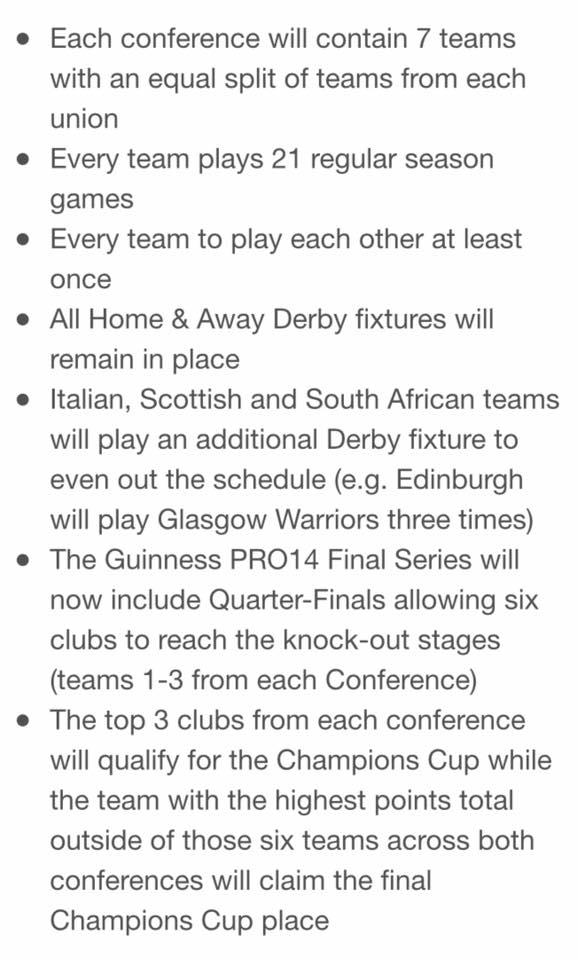