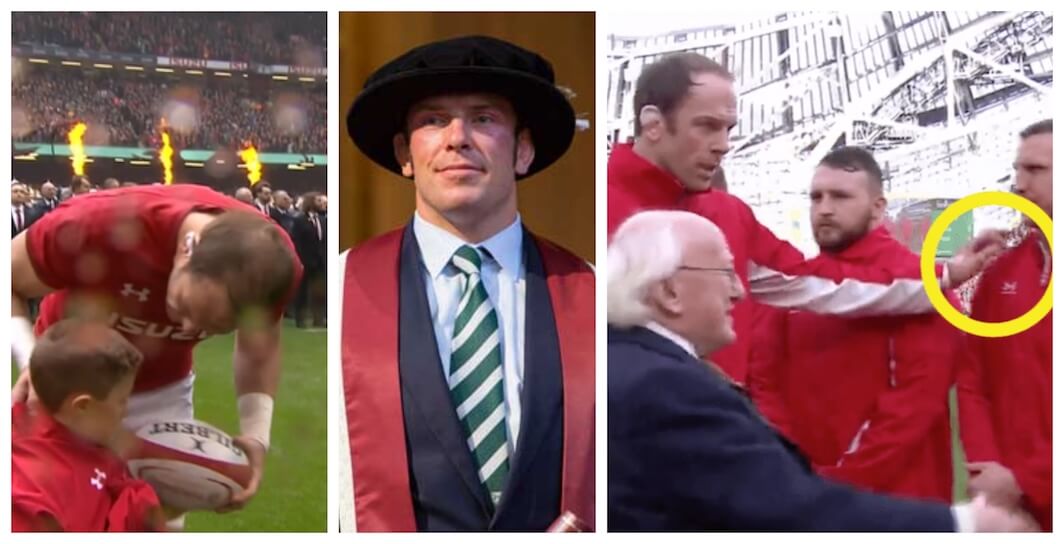 As we take a weeks break from the 2020 Six Nations, it seems an ideal time to appreciate how much of a gem Wales captain Alun Wyn Jones is...

A clip of the Welsh skipper from the weekend has gone viral. Jones can be seen untucking centre Hadleigh Parkes’ collar as he introduces his teammates to the Ireland president.

Collars up for the President 😂

In the midst of a raucous entrance into the Principality Stadium amphitheatre ahead of Wales’ Grand Slam afternoon in 2019, a lovely moment occurred. Jones noticed that the mascot was cold and removed his anthem jacket before wrapping it around the young Joey.

A small act of kindness that helps to show that the Wales skipper is far more than just a rugby player.

AWJ is a class act. Seeing the mascot shivering, he gave him his anthem jacket