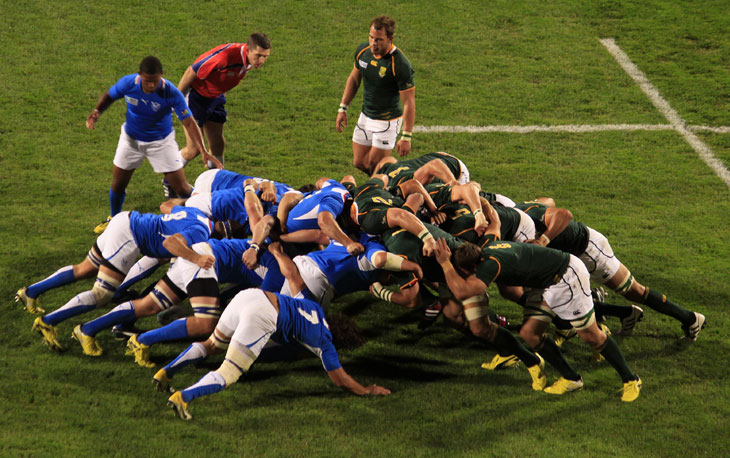 Each week, Ruck.co.uk analyzes how the stars of Rugby Union have performed over the last week identifying who has been the fearless heroes and the ill-fated zeros.

The New Zealand Skipper was the hero for the All Blacks in Johannesburg as he scored a late try to seize victory from the jaws of defeat. The openside flanker clinically executed a lineout move to perfection in the 73rd minute. This surprise tactic didn’t occur by accident; the All Blacks had practiced it at training, readying themselves to have McCaw receive the throw from the hooker. The Captain was celebrating his 140th cap for New Zealand and the only thing All Black fans will be worrying about his how they will be able to replace their iconic leader, who is expected to retire from international rugby after the 2015 World Cup

As we’ve come to expect from Folau, it was another magnificent performance from the Australian fullback as he continues to build a more imposing reputation almost week by week. He is unquestionably quickly becoming the face of Australian rugby and is very much someone they can construct a team around.

Having trailed by two points at half-time, The USA turned the game around and to claim their first win over Japan since 2003 in the Pacific Nations Cup this past weekend. The hero of the day was fly-half AJ MacGinty, who was winning just his second cap, as he kicked 18 of the Eagles 23 points. He is currently training towards his master’s in Sports Science although if he keeps playing at the same high standard he may have to put that career choice on hold to concentrate on his Rugby.

Coming in for injured JP Williams this was a real chance for the 27-year old to make a real statement of intent but to be frank in a game where the Springboks actually did a lot of positive things he stood out as somebody who failed to impress. He was nowhere near in the same league as the man he replaced.

There are few doubts in anybody’s head about the ability Nicolas Sanchez possesses from the tee, however, his tactical kicking was simply not up to Test rugby standard this past weekend. One of his poor clearances led to the Wallabies opening try and his restarts, like last week against New Zealand, were again very poor. He has all the attributes to be a world-class fly-half and that what makes his display particularly discouraging.

The Aussie may have been on the winning side this weekend in Mendoza, but a very explicit tweet has got the eccentric fly-half in trouble again. He was criticised on social media after being sin-binned during the Wallabies’ win over Argentina on Saturday and duly rose to the bait. “Invite me to your next team discussion then ask me how much I give a **** about your team selection? Zero **** given,” he said in a post on Sunday, which was quickly deleted. Cooper has now apologised thankfully as it would be a shame if he wasn’t selected for the World Cup due to some absurd reason such as misbehaving on social networks.