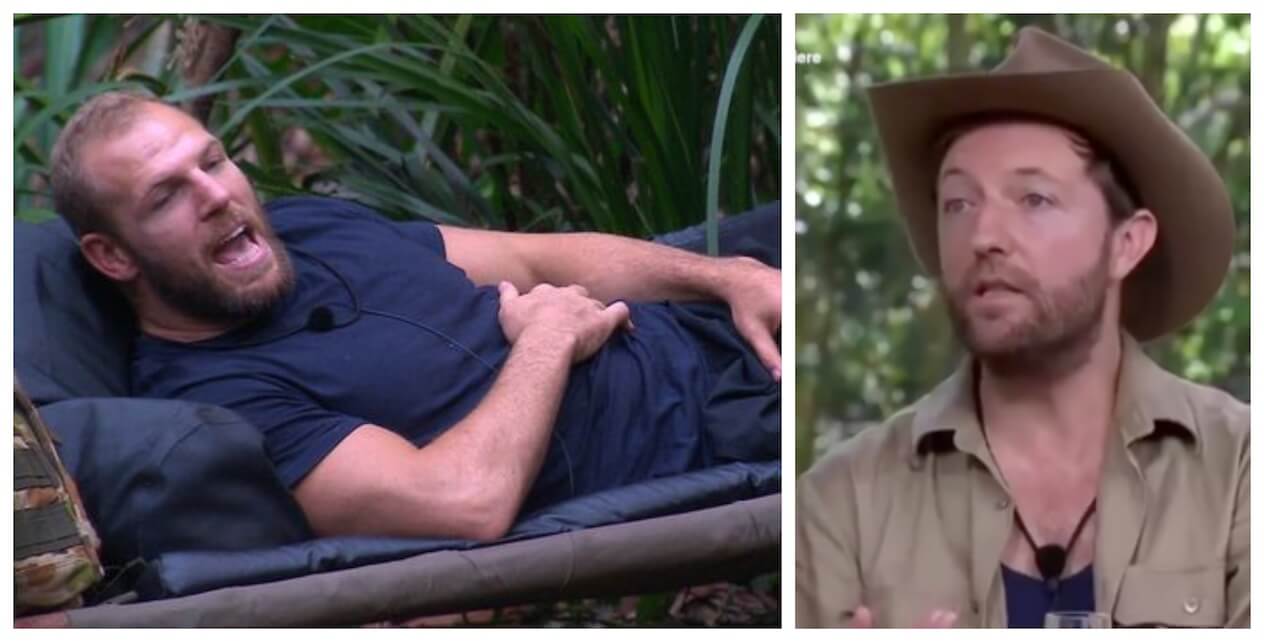 I’m A Celebrity…Get Me Out Of Here! star Andrew Maxwell has defended his former campmates James Haskell and Ian Wright after he was voted off the show.

‘James is either relentlessly keeping people’s spirits up with banter, or he’s constantly consoling and supporting people. Being a life coach,’ Andrew said.

“The only thing outside of that is he hates dithering. So any dithering on a Dingo Dollar answer it just absolutely flips his lid.”

Referring to James’ rugby background, he went on: “I guess in his head it’s half time, we need to change tactics, we’re 15 behind we can still take them. ‘We’ve got all day to dither.

“But again if you don’t expose some sort of weak point while you’re here for weeks on end, what are you? You’ve gotta be a robot.”