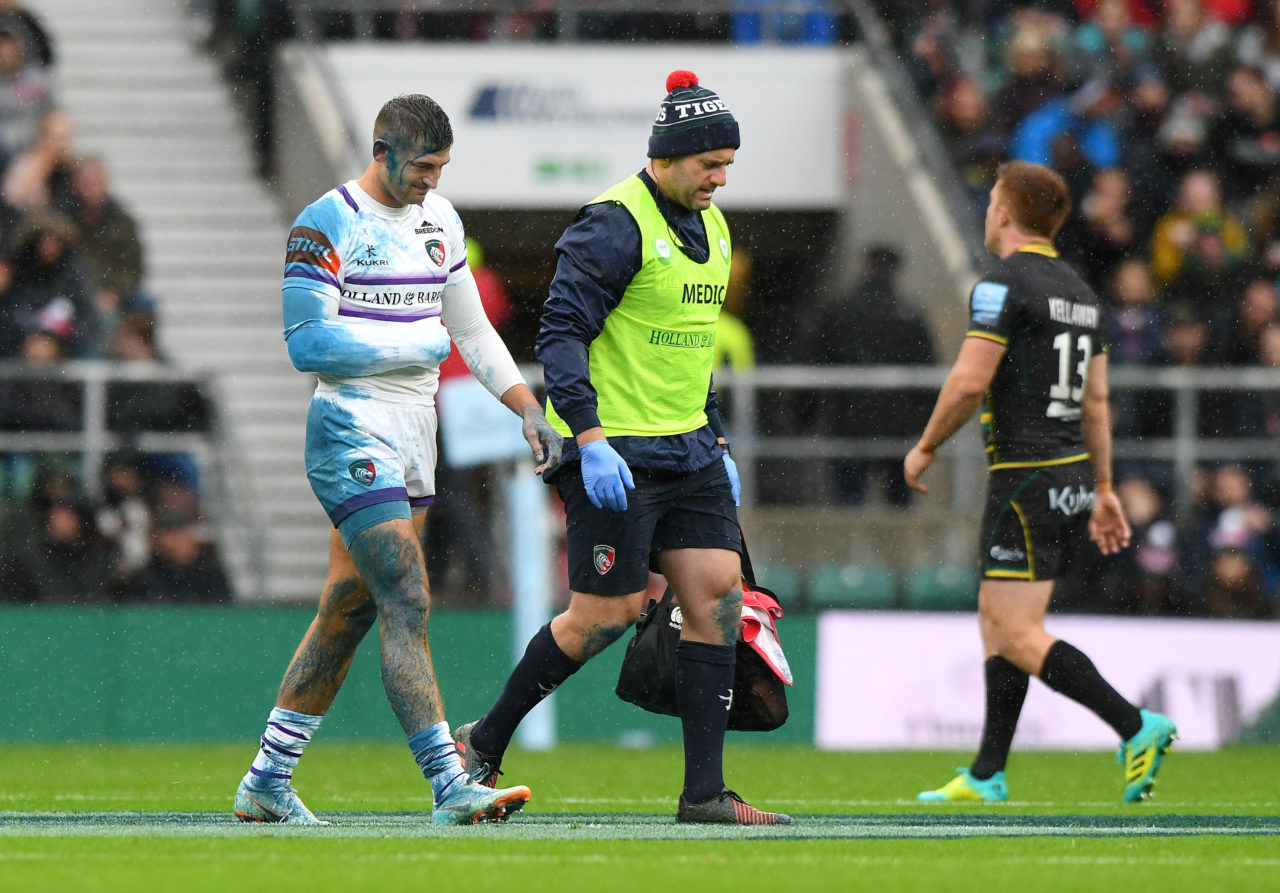 Leicester is still not sure how serious Jonny May’s shoulder injury is after the England international was forced off against Northampton, handing him a nervous wait ahead of the autumn internationals.

The 28-year-old was replaced after injuring his right shoulder when running into Teimana Harrison and Alex Waller, with his arm being put in a makeshift sling by medics as he was in obvious discomfort.

Interim director of rugby Geordan Murphy said that May was in good spirits in the Twickenham changing room after the 23-15 victory over East Midland rivals Northampton Saints.

ℹ️ Jonny May has had a scan and, thankfully, there is no break in the shoulder. The winger will be assessed further early next week, from which we will know more and provide an update once available.

The club then later confirmed that a scan revealed that he had not broken anything despite the obvious severe pain.

Tigers also said they will update fans later this week after  the winger had undergoen further tests.