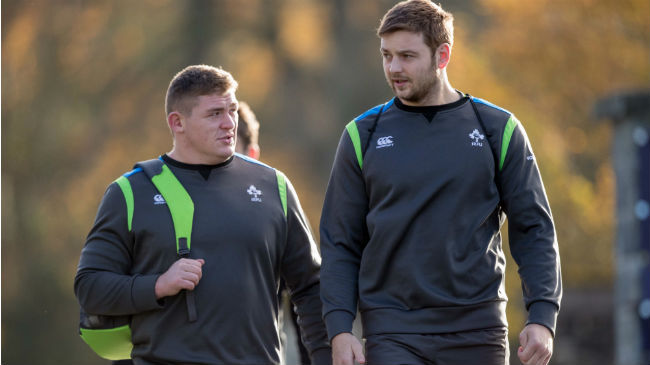 The Ireland squad reassembled at their training base in Maynooth yesterday afternoon as they continue preparations for Saturday’s NatWest 6 Nations match against Scotland at the Aviva Stadium (kick-off 2.15pm).

Ultan Dillane is the only player not currently in camp as he travels back from South Africa following Connacht’s GUINNESS PRO14 game against the Cheetahs. He will join the group on Wednesday.

Rob Herring rejoins the squad having resolved an elbow issue sustained playing for Ulster against Edinburgh. Fellow hooker Niall Scannell suffered a recurrence of a rib injury playing for Munster against Glasgow Warriors but is expected to be fit next week.

Andrew Conway is continuing his return from a knee injury at Munster but is expected to be available for selection next week. Leinster’s Barry Daly joins the squad.

Meanwhile, forwards Tadhg Furlong and Iain Henderson continued their rehab last week and are expected to train fully this week.