Scotland captain Greig Laidlaw was an analyst on ITV for their coverage of England vs Scotland at Twickenham on Saturday evening,

Their caption choice, however, was more than a little harsh on the scrum-half and was deemed by many as inappropriate & disrespectful. 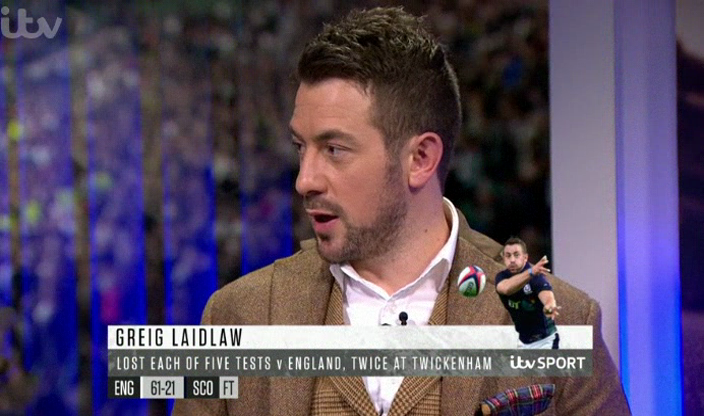 How can ITV get away with taking the piss out of Greg Laidlaw yesterday like they did? @philsteele1 it can’t be allowed surely?

.@ITV unimpressed with how you titled Greg Laidlaw at end of game commentary basically as a loser!!! Totally inappropriate