Laurence Pearce’s late try completed Leicester’s victory as they came from behind to overcome Harlequins by the narrowest of margins on Sunday at Welford Road.

Tommy Bell kicked four penalties for Leicester, and Nick Evans landed two for Quins in a tight first half before the visitors capped a sustained period of pressure with a try from Jack Clifford, which Evans converted to give the visitors a narrow lead at the break, 12-13.

They then traded penalties after the break with Quins leading 19-15 after 70 minutes.

But the Tigers with one final roar managed to touch down the winning score via replacement Pearce. The huge 6ft 4in back-row was forced over from close range by the Leicester pack to touch down what proved to be a winning try. And replacement Owen Williams converted to finish the games scoring, 22-19.

The victory lifts Leicester up to second in the Premiership table behind only Saracens while Harlequins drop down to sixth place. 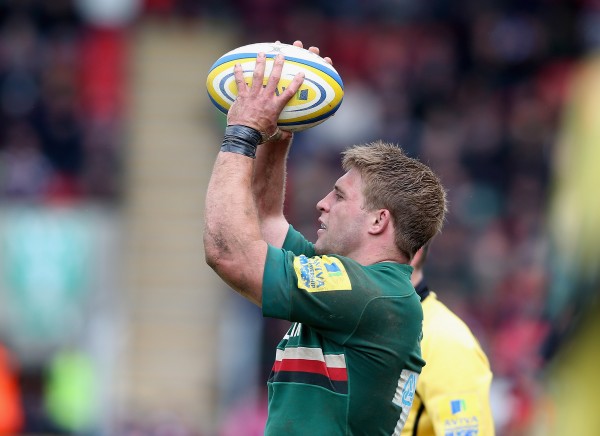 Tom Youngs at hooker particularly impressed for the Tigers, performing to an excellent standard both in the tight and the loose. His throwing at the lineout was also steady and accurate while his scrummaging was excellent.