A sensational report linking Harlequins Head of Rugby Paul Gustard with a move to the embattled Leicester Tigers has been widely denied.

The report in The Rugby Paper linked Gustard with the top job at Tigers, a claim denied by the club.

If there was an award for a headline with the least foundation, this would be it !

A number of stakeholders at both clubs have gone out of their way to express their incredulity with the report. Prior to kick off at Leicester Tigers interim head coach Geordan Murphy called it “irresponsible” reporting when questioned on it by BT.

Earlier in the day, CEO of Leicester Tigers, Simon Cohen branded the article in a Tweet as “If there was an award for a headline with the least foundation, this would be it”.

The reporter in question, Neil Fissler, is sticking to his guns however. 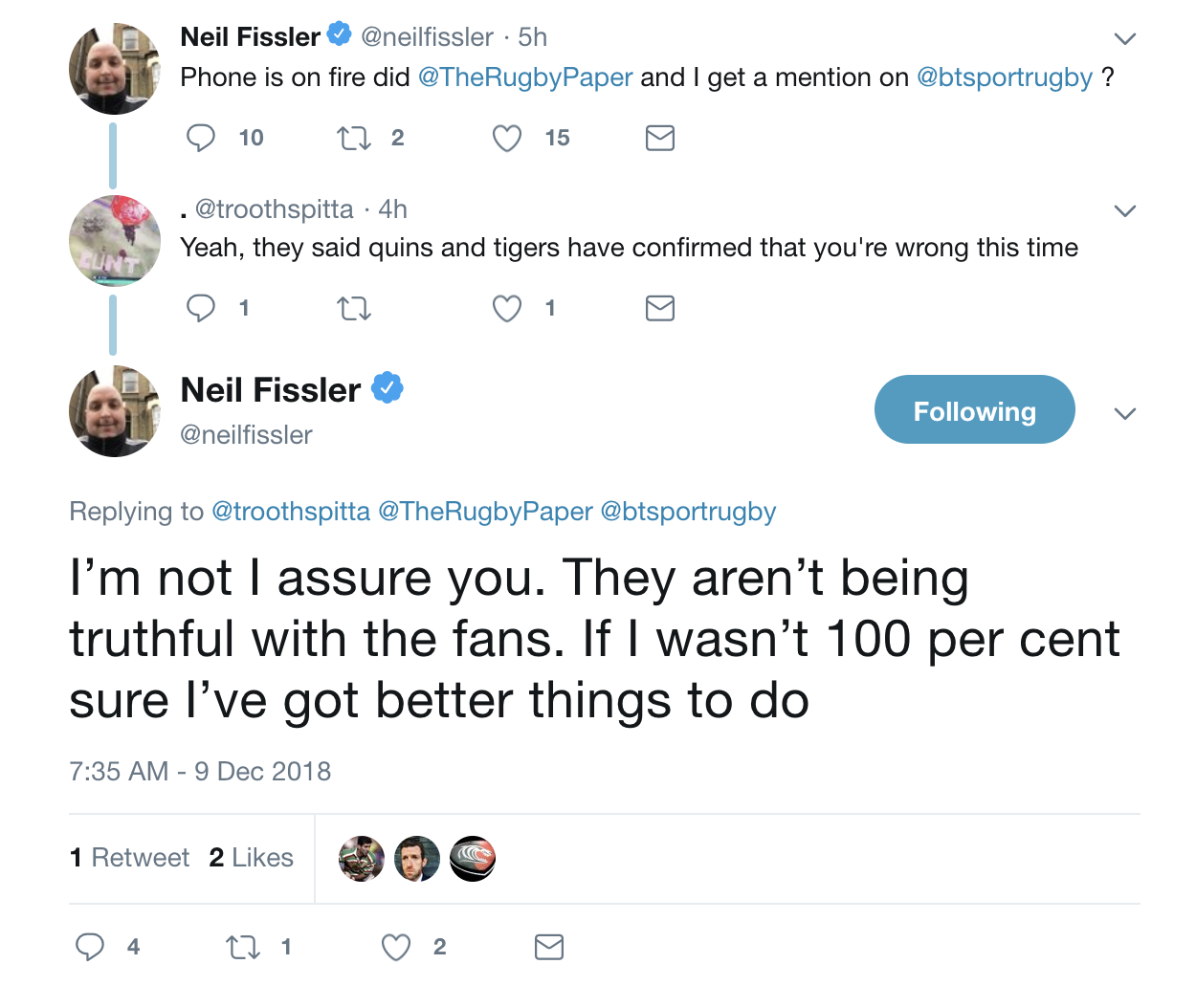