There has been an oval-shaped heart that beats inside the community of Claverdon ever since their rugby club was founded in 1964 by a group of friends who had a vision for how they believed things should be run.

That concept of a friendly, fun place where friends meet for all things rugby has certainly been achieved in abundance with this weekend’s pair of Warwickshire finals sure to bring the clubs loyal members out in force.

With a population of just over 1,200, the small village may not be the place you expect to find a flourishing rugby club, but you’d be wrong.

Whether you’re a five-year-old novice, or a 52-year-old hardened veteran, this central hub will welcome you with open arms, guaranteeing you both a game and friendships for life.

The club has developed an enviable reputation for touring, having travelled to Greece most recently but have also ventured to France, Portugal, Holland, Ireland and Scotland in the past.

CENTRAL PILLAR OF THE COMMUNITY

Fly-half Luke Allsopp, who currently captains the second XV, has hailed the club’s role in the small village ahead of this weekend’s final double-header, which will take place on a neutral ground.

“The effect on the local community has been amazing with not just rugby but our community projects, but it’s a two-way thing as we rely heavily on them and our sponsors to keep this club going strong.” revealed Allsopp.

“This weekend will be a great occasion for all the guys; they ‘ve all worked hard and deserve it, it’s sure to be a great day,

“I played rugby at a high level at University before turning up at this club ten years ago ready to put in some big hits,

“However, I turned up early, and I remember having a few pints of Guinness before my first training session in the clubhouse and let’s just say I have felt at home ever since, and I hope that continues for years to come,

“We (on the second XV) try to make especially sure everybody who turns up, young or old, is guaranteed a half of rugby. That is just the way we like to do things here.”

The 32-year-old went on to discuss the teams ground-breaking tour of Greece, which saw the Clav boys test themselves against the best talent the country had to offer.

“The trip to Greece was fantastic; we were the first English team to tour there, and we played against two of their six teams while we were there, which had Greek internationals in their line-ups.

“The interactions we had with the players over there, the experiences we had as a team and with the members who follow us will last with me and the rest of the boys forever.”

Claverdon are a club who tries to play rugby the right way, inspiring youngsters to play a free-flowing style of rugby from under 5’s right up to senior.

As you can see here, they have developed some players who have some serious talent… 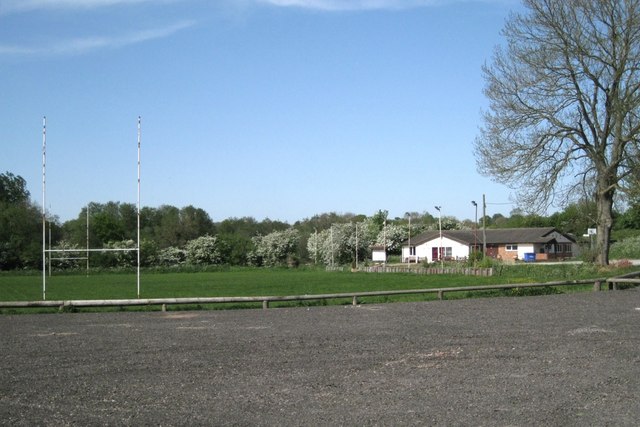 In its 40th year, the club attempted a world record for a match played on the steepest pitch in the world – they are still waiting to hear back from the Guinness Book people.

Claverdon Rugby is a club that truly embodies the core values of rugby. Speaking to people involved at the club you get a real feel for the clubs place in the local community and the everlasting memory’s and friendships that they are largely responsible for creating.

Thanks for speaking to RUCK.co.uk guys, all the best for this Sunday!