London Irish and XBlades have unveiled the home jersey along with the training gear for the 2017/18 season.

The kit has been designed with the traditional dark green and also features retro collar design in celebration of the 120th year anniversary of the club.

The jersey also possess a white grid pattern that covers the shoulders and progresses down both of the sides, with the same grid pattern continuing down both sides of the shorts. ‘Exiles from 1898’ is inscribed on the inside back collar. 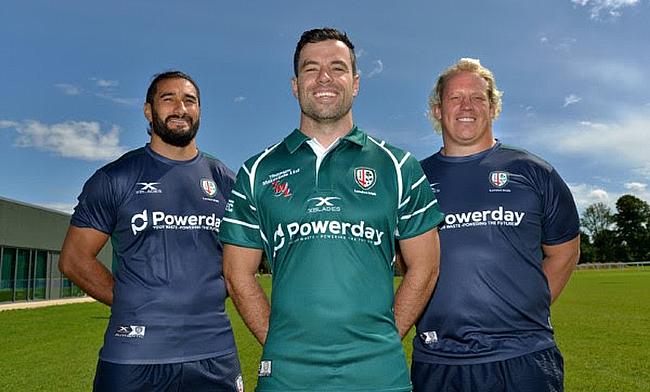 The jerseys were released during Saturday’s Members Day held at Hazelwood with James Marshall modelling the home jersey while Blair Cowan and Petrus Du Plessis showcasing the training gear that does have not have a casual collar in it.

XBlades chief executive Lee Jenkinson wants to embrace the long tradition of The Exiles in the upcoming season which saw them make a comeback into the Aviva Premiership.

“We’ve really focused on combining London Irish’s proud history with some traditional elements alongside a modern look and feel.

“It’s been a real pleasure to work on the design of the kit with the team at London Irish and the reaction we’ve had from the club and playing staff has been very positive.

London Irish rugby director Nick Kennedy added: “It’s great to have a jersey that combines both a high-tech design with the club’s traditional identity.

“We are really pleased with the look of the new kit and I know the players can’t wait to pull on the new jersey in the friendlies in Sunbury on 12 and 18 August.

“The players have said that the XBlades training wear is the best kit that they have ever had.”