London Irish and XBlades have revealed the club’s brand new away kit for the 2017/18 season, which will make its first Aviva Premiership outing away against Exeter Chiefs this Saturday.

Exiles’ full-back Tommy Bell, who bagged 24 points in Saturday’s Aviva Premiership victory over Harlequins at Twickenham, was the first to be pictured in the new away kit following its official unveiling at Hazelwood. 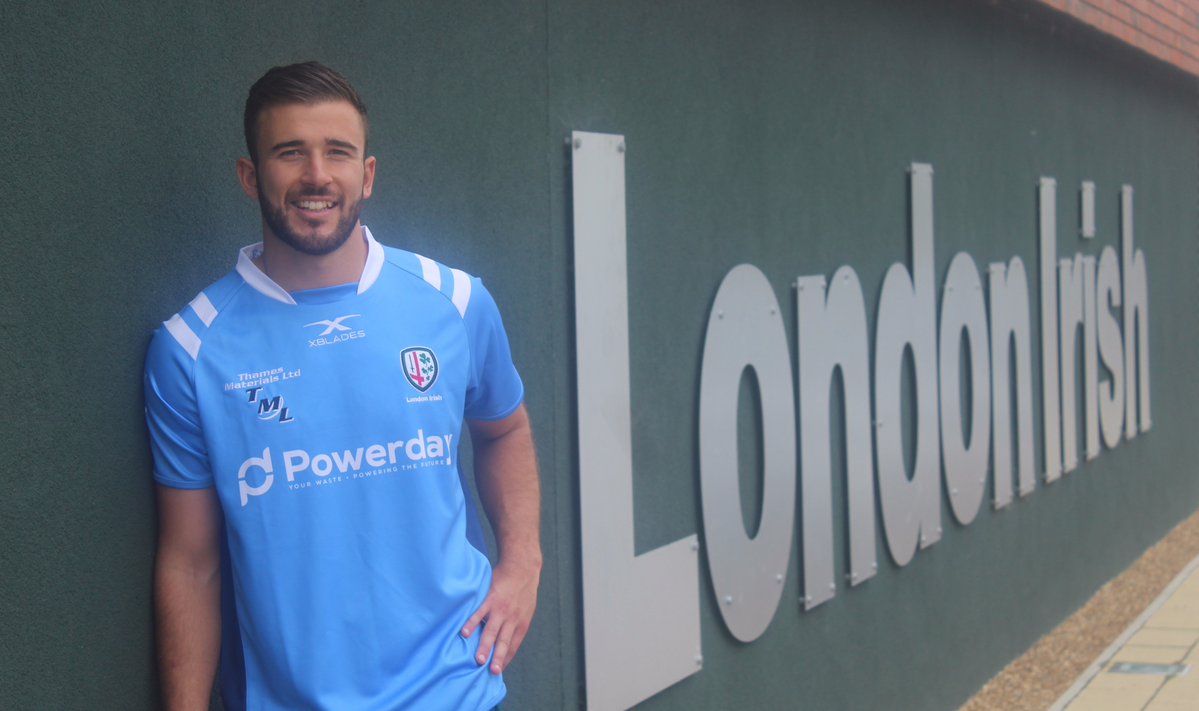 “There is always excitement among the supporters when a new kit is launched,” said London Irish goal-kicking specialist Bell.

“London Irish’s fans are fantastic and their commitment and away support is incredible.

“The players are looking forward to wearing the new kit with pride this season and hearing our travelling supporters cheering us on around the country.”

The new shirt is available to pre-order online from www.londonirishshop.com now. Shirts will be despatched from Friday 8 September onwards.