Ireland have named the match day squad that will take on South Africa in the first Test of the Series at Newlands on Saturday evening.

Rory Best captains the side and is joined in the front row by Jack McGrath and Mike Ross. Devin Tonerand Iain Henderson pack down in the second row with Jordi Murphy named at openside, CJ Stander at blindside flank and Jamie Heaslip at No.8.

Conor Murray and Paddy Jackson are the half-backs while Luke Marshall lines out at inside-centre withRobbie Henshaw playing at outside-centre. Jared Payne is named at fullback with Andrew Trimble andKeith Earls on the wings. 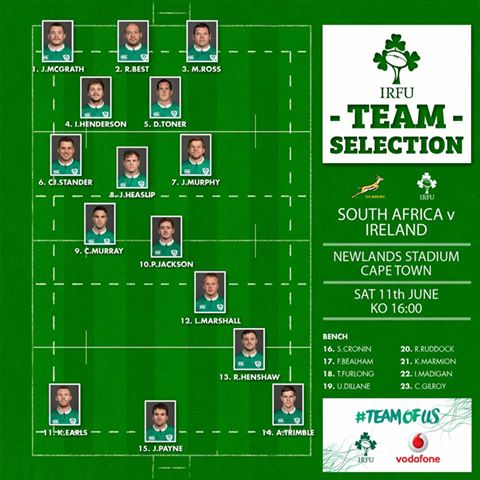