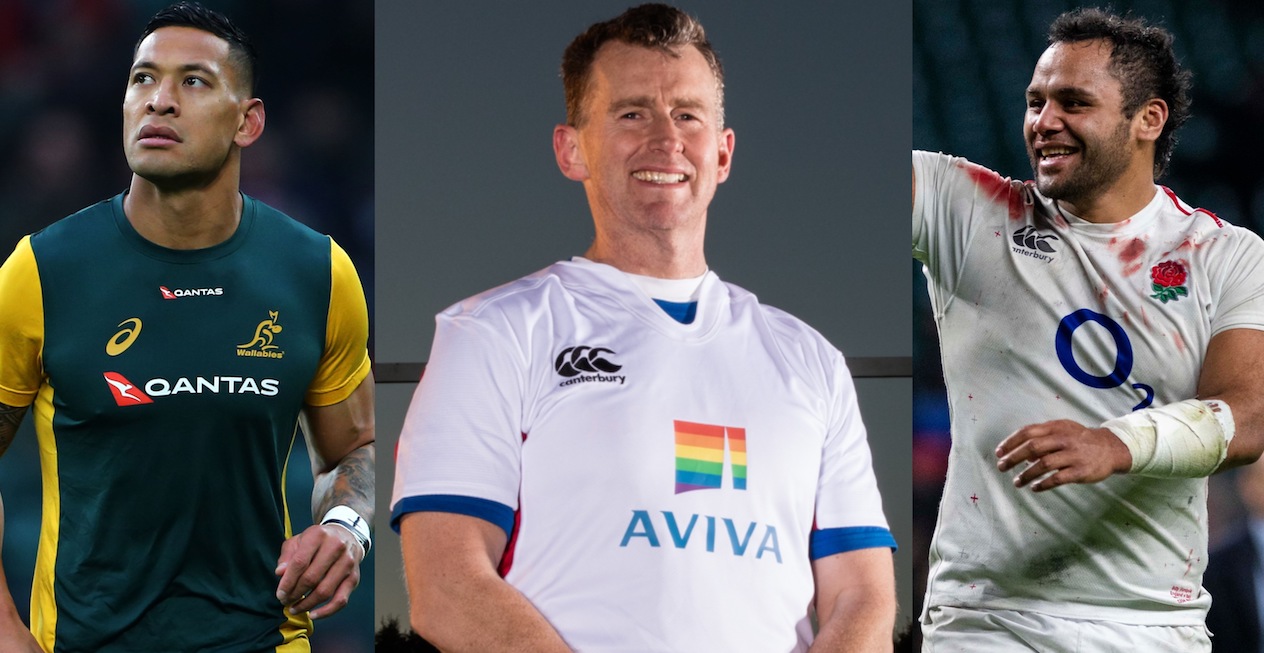 Popular Welsh referee Nigel Owens has insisted he will not treat Israel Folau or Billy Vunipola differently on the pitch despite the ongoing backlash over the former’s homophobic social media posts.

Asked if he still respects Folau, he told Talk  host Jim White: “I respect that somebody has the right to have that opinion, but I don’t agree with the opinion.

Those that are living in Sin will end up in Hell unless you repent. Jesus Christ loves you and is giving you time to turn away from your sin and come to him. _______________ Now the works of the flesh are manifest, which are these , adultery, fornication, uncleanness, lasciviousness, idolatry, witchcraft, hatred, variance, emulations, wrath, strife, seditions, heresies, envyings, murders, drunkenness, revelings, and such like: of the which I tell you before, as I have also told you in time past, that they which do such things shall not inherit the kingdom of God.
Galatians 5:19‭-‬21 KJV _______________ Then Peter said unto them, Repent, and be baptized every one of you in the name of Jesus Christ for the remission of sins, and ye shall receive the gift of the Holy Ghost.
Acts 2:38 KJV _______________ And the times of this ignorance God winked at; but now commandeth all men every where to repent:
Acts 17:30 KJV _______________

“I think, although everybody had the right to have his view, you then have to understand there are consequences when you express a view that can be very, very hurtful to lot of people.

“When you do cross that line of what is acceptable and what is not, particularly when you’re in a position of influence, then you have to take responsibility for your actions.

“But, look, I don’t judge people. I have a job to do on that field and I will just referee what’s in front of me and treat every player on the field the same and with respect.

So this morning I got 3 phone calls from people telling me to ‘unlike’ the @izzyfolau post. This is my position on it. I don’t HATE anyone neither do I think I’m perfect. There just comes a point when you insult what I grew up believing in that you just say enough is enough, what he’s saying isn’t that he doesn’t like or love those people. He’s saying how we live our lives needs to be closer to how God intended them to be. Man was made for woman to pro create that was the goal no? I’m not perfect I’m at least everything on that list at least at one point in my life. It hurts to know that. But that’s why I believe there’s a God. To guide and protect us and forgive us our trespasses as we forgive those who trespass against us.

“I’ve refereed those players in the past many times and they’ve treated me with respect every time I’ve officiated them.”