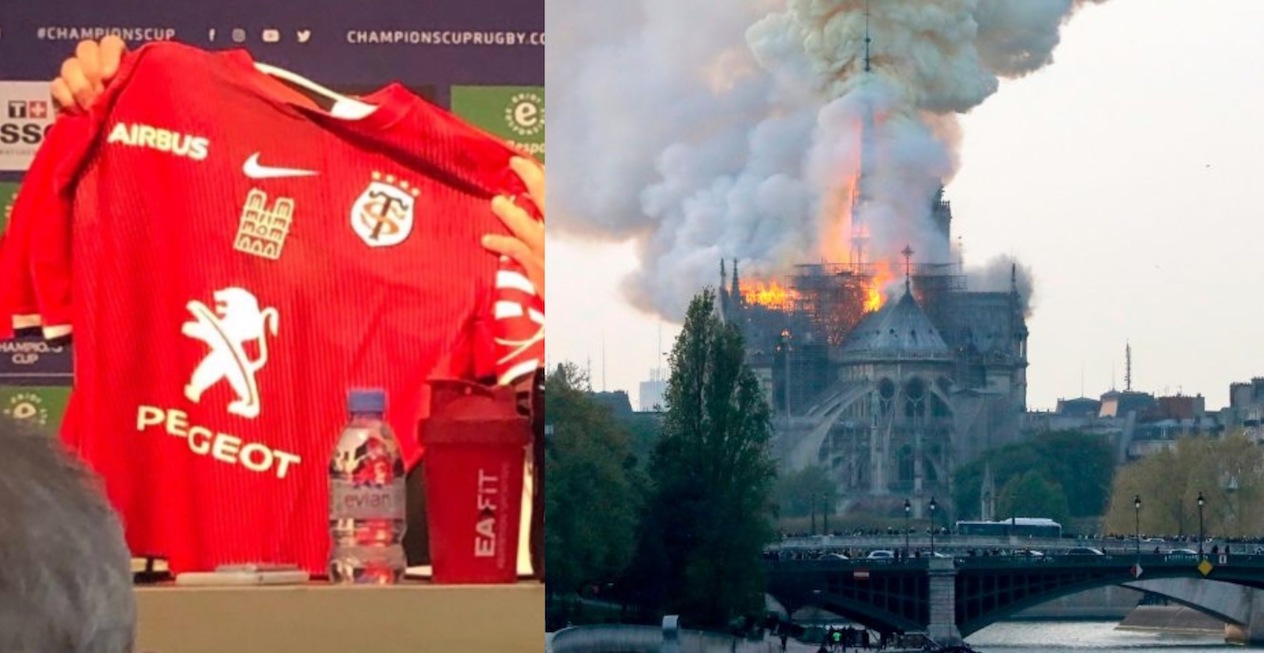 The shirts will be auctioned off after the match to raise money for the reconstruction of the 850-year-old cathedral, large parts of which were devastated by fire Monday.