On This Day in Rugby History: February 7th down the years
Skip to content
Rugby News

On This Day in Rugby History. Important events, famous birthdays and historical deaths from our searchable today in history archives.

Stokes was the first England captain, who played for and skippered the team in the first three rugby internationals, all between England and Scotland. He was also the youngest president of the Rugby Football Union. The forward, who also played first-class cricket for Kent, passed away on this day in 1929, aged 78. 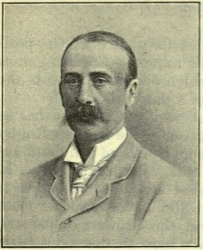 Born on this day, Wales great Gerald Davies made his international debut in December 1966 against Australia in Cardiff, playing in the centre during his early career before moving onto the wing. He was a British and Irish Lion in 1968 and 1971, one of a raft of Welsh players alongside Barry John, Gareth Edwards and JPR Williams to enter into the folklore of both the Lions and Wales.

Bell, who was born on this day, played at centre for Ulster, Dungannon, Northampton and Ireland. He won 36 caps, scoring four tries.

On this day in 2007 saw the passing of one of the hardest men ever to play the game, a prop blessed with the strength of Popeye and the resolve of an ancient Celtic king. He left us at the absurdly young age of 46 following a heart-attack.

1925: Ian Smith ran in four tries for Scotland in their 24-14 win against Wales. The Flying Scot had also scored four (against France) in Scotland’s previous Five Nations match. His opposite wing Johnnie Wallace, a dual international with Australia, scored a brace.

1931: Long before replacements were allowed, Watcyn Thomas broke his collar-bone playing for Wales against Scotland at Cardiff. He bravely played on and later scored a crucial try near the posts in his side’s 13-8 victory.

1988: A wretched day for England as they lost 17-0 in Dublin leading one newspaper to call for the entire squad to be dropped. Willie John McBride said the side “was the worst in living memory” adding: “The England forwards played like little boys lost.” Fergus Slattery said they were “pitiful to watch”.

1998: The Stade de France in St Denis on the Paris outskirts staged its first rugby Test. A crowd of 80,000 – a new record attendance for a rugby international on French soil – watched the home side defeat England 24-17.

2002: Graham Henry, the man they called “The Great Redeemer,” quit as Wales coach in the wake of their 54-10 drubbing in Dublin four days earlier.

2009: Ireland kicked off their campaign with a 30-21 win against France with Brian O’Driscoll amongst the try scorers. The men in green went onto win their first Grand Slam since 1948 and Triple Crown since 2007.