In my eyes I was obese and thought “no-one who I find attractive was ever going find me attractive while I’m fat”.

So, I started making myself sick.

I loved food then as much as I do now. I’d eat all I wanted then go the loo and make myself sick.

I suffered from mild colitis, a bowel condition, so would use that as an ideal excuse to friends when I had to slip off to the toilet all the time. I was lying and being sly which only exacerbated my depression.

Before long I was bringing up every meal I ate.

Over a period of four months, I’d lost five stone.

No-one suspected a thing. I was running and training a lot and my friends and family could see me scoffing food every mealtime, so as far as they were concerned I was eating well. I was training hard so outwardly I looked fit and healthy.

An eating disorder wouldn’t have crossed anyone’s mind. There wasn’t much awareness back then and if there was it was associated with young girls.

Meanwhile, I was about to get sucked even further into the vortex of self-harm and depression.

In my eyes, I was now too thin and now thought “no-one I find attractive is ever going to find me attractive while I’m skinny”.

So I went to the gym and began using steroids. I became hooked on them for the next seven, eight years.

Mental health issues, depression over my sexuality, bulimia and steroids – my life was an unrelenting nightmare. 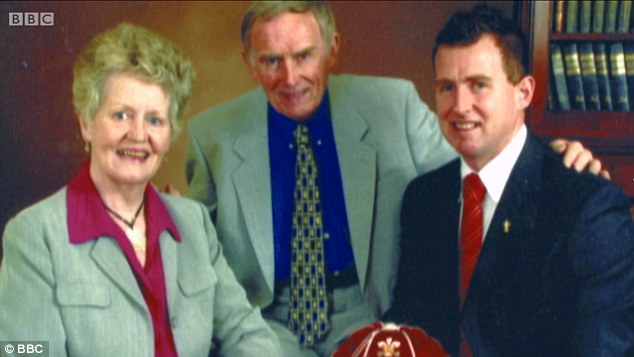 I’ll never forgive myself for what I put my parents through. Imagine getting up in the morning and finding that goodbye letter, the sheer panic that they’re never going to see their son again.

But if there was any consolation from this dreadful event, it was while recovering in hospital that my life began to turn around.

I tried to come to terms with who I was, I stopped taking the steroids and tried to fight against the bulimia.

After years of struggling with an eating disorder it was when my beloved mother was diagnosed with cancer and given a year to live that I finally vowed to stop. I was 36 then. It stopped for a few years.

I never sought professional help but I took advice from a professional nutritionist and followed a food plan. I cut a lot of carbohydrates from my diet and trained differently and I was in the best shape I’d ever been in, physical and mentally.