Harlequins have made five changes to their starting side that will face Grenoble in their Challenge Cup semi-final at the Stoop on Friday. 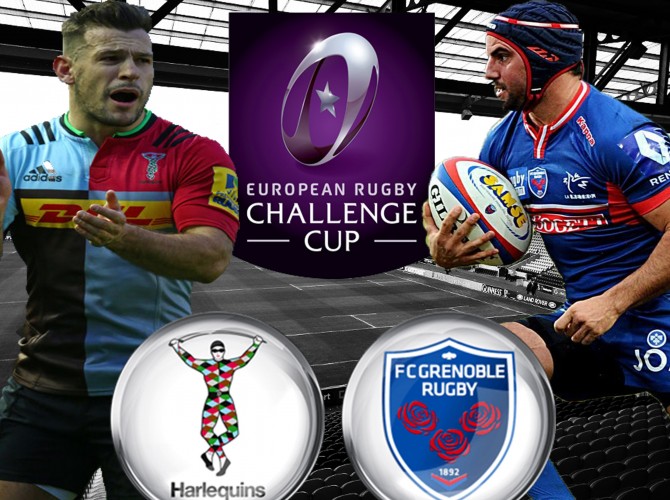 George Lowe, the sole change to the back-line, starts at outside-centre as he comes into the line-up that suffered defeat against Saracens.

In the forwards, loosehead prop Joe Marler has returned from suspension and joins former Wales tighthead prop Adam Jones in the front-row.

Sale Sharks have secured another addition to their squad for next season by sealing the signing of Nottingham fly-half Dan Mugford.

Sale director of rugby Steve Diamond said: “Dan has been on our radar for a while and when he became available we made our move to sign him.

“Dan is still a very young man with lots of potential and I am sure he will make his mark in the Premiership next season.”

The Chiefs have confirmed a two-year deal for Low, who joined Exeter from Glasgow in 2014.

Low has won 32 caps, and he featured off the bench in three of Scotland’s RBS 6 Nations games this season.

Newcastle has completed the signing of Ealing forward Harrison Orr while Joel Hodgson joining his hometown club for the second time.

Hodgson joins from Greene King IPA Championship side Yorkshire Carnegie, for whom he has scored five tries in his 20 appearances this season, having spent the previous year with Northampton Saints.