We forgot about this…

Tuilagi, who infamously jumped off a ferry in Auckland harbour as part of a prank after England had crashed out of the 2011 Rugby World Cup, could be seen reaching behind Mr Cameron’s back and making bunny ears above his head. 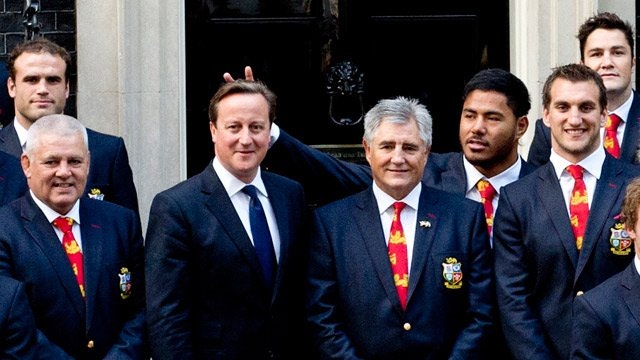 While his tomfoolery appeared to win him many comments of admiration on social media at the time, the later tweeted: “Apologies for messing around on Lions photo. No offence intended. Great day at Downing Street Thanks to Prime Minister for hosting us.”

Tuilagi was cautioned by police on that occasion and disciplined by then England coach, Martin Johnson.